#AFWN2017- Day I with the team from Veba Czech Plus Highlights from the Show and Some of my Favourite Pieces Off The Runway! 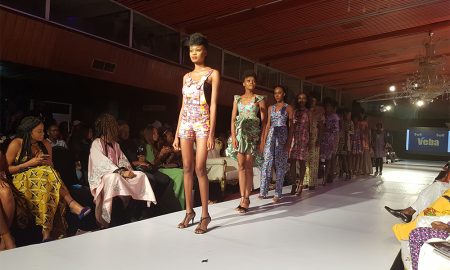 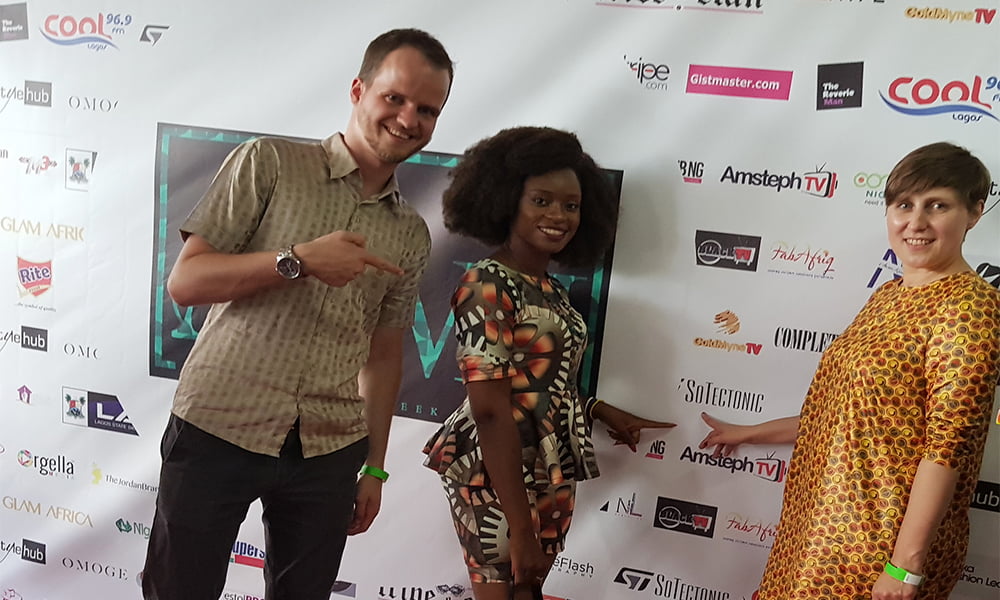 As you might have heard and seen on social media, Africa Fashion Week Nigeria is over but, I haven’t brought you updates from the event. I should have done this but I had a lot of post event matters to address and a back log of responsibilities that I needed to clear. I am gradually working at them but I am also excited to bring you updates from AFWN 2017.

I did miss a good part of the first show because I had to attend the Mose store launch and when I needed to leave, the  Uber driver decided that he had to delay me for over 30minutes, after which he cancelled the trip. Uber Nigeria is definitely going through some level of unprofessionalism at the moment- a story that I should let you in on some other time. Anyway, fast forward to a few hours after, I got to the National Theatre, picked up my press tags, went back stage to see what was going on and headed to the hall just in time to watch Klamzie on the runway. 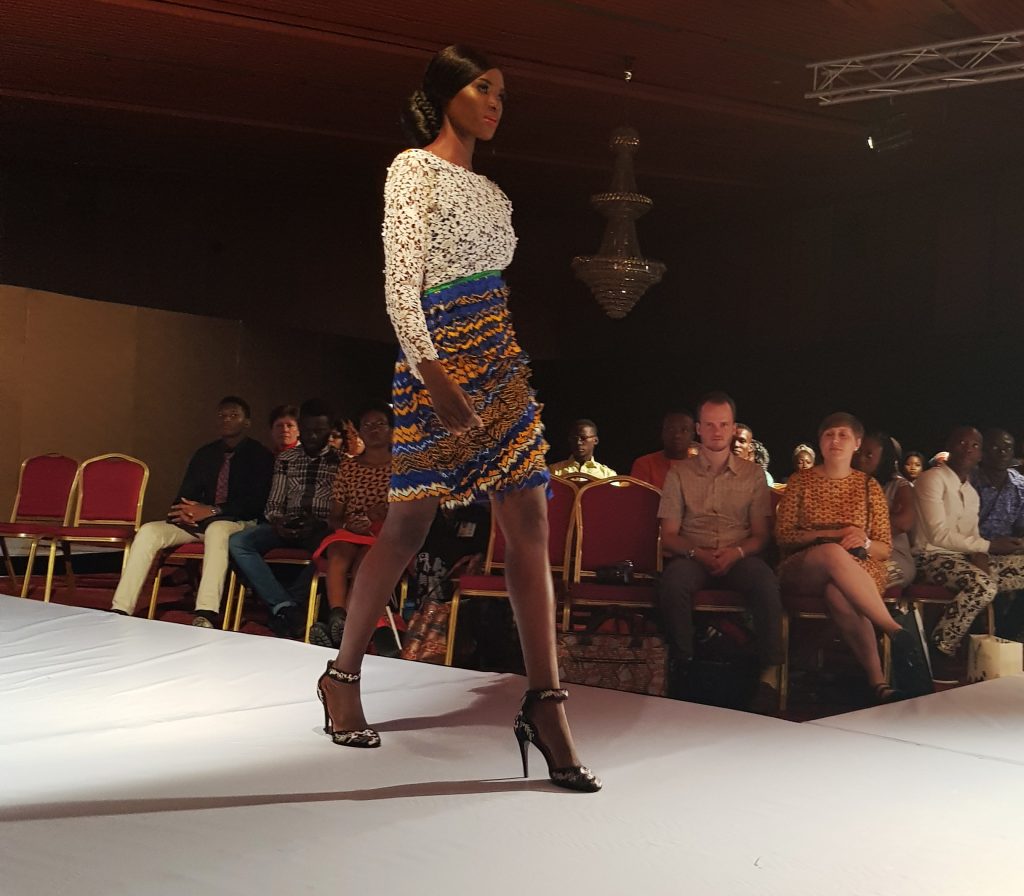 After the break, we had a cultural performance. I can’t really explain it but this guy could eat bottles, drink fuel or kerosene (not sure what that was) and spit fire from his mouth. We have a video on Instagram for you. 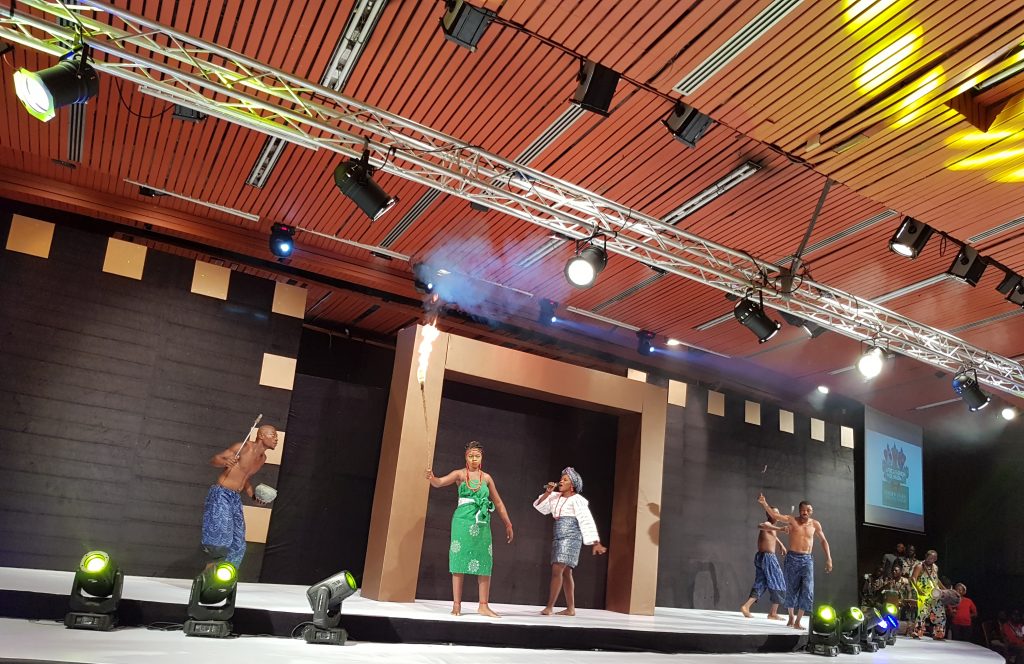 From the second show, I did like the designs from the students and alumni of the International Women’s Society of Nigeria. Like Klamzie, they had some shredded Ankara designs. I am not sure what they are called but I would like to have one of those made into a short skirt. 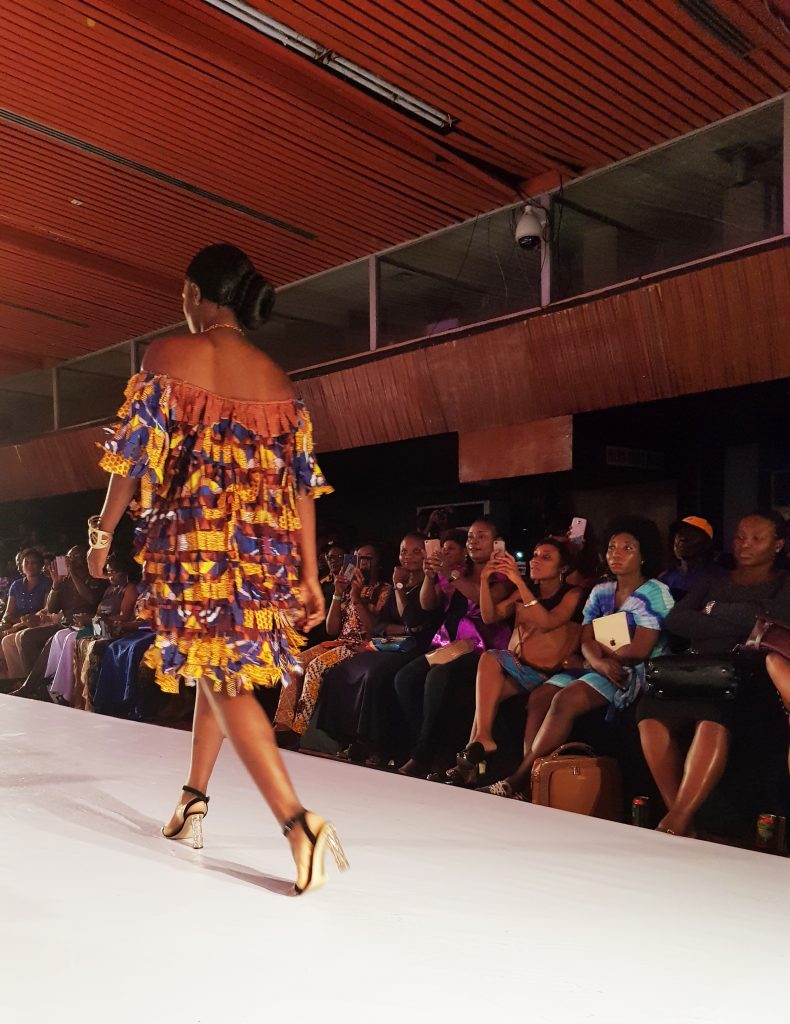 Then, there was looks like a good man. Nothing extra ordinary but, well tailored and good finishing. 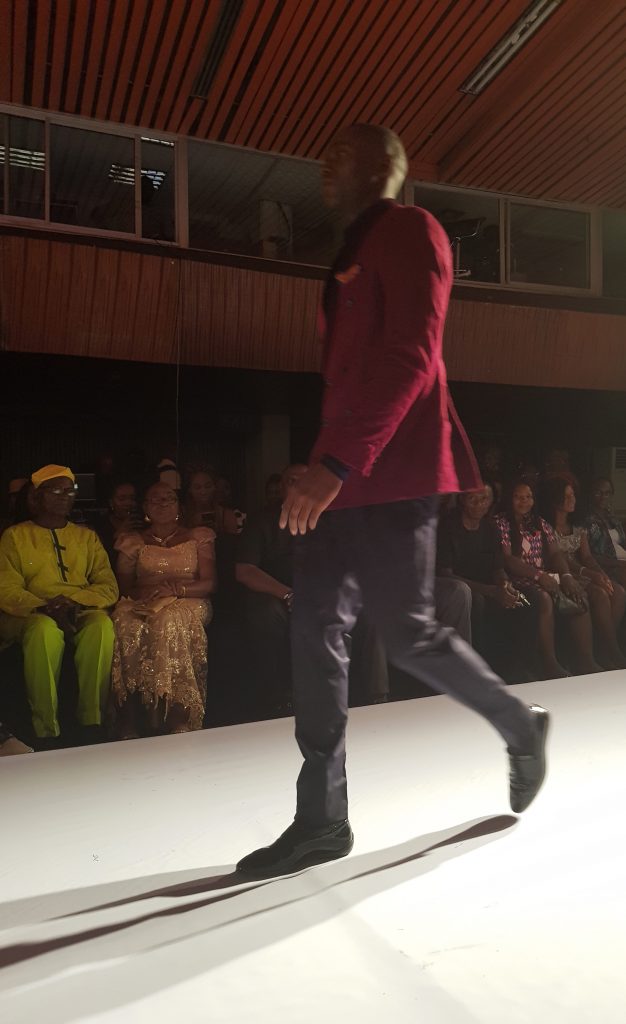 The last show of the day was strictly Daviva and ABC Wax, showcasing their new designs and letting us in on the partnership between both brands. The designers did well to play with the fabrics but there were a few pieces from different designers that stood out for me. 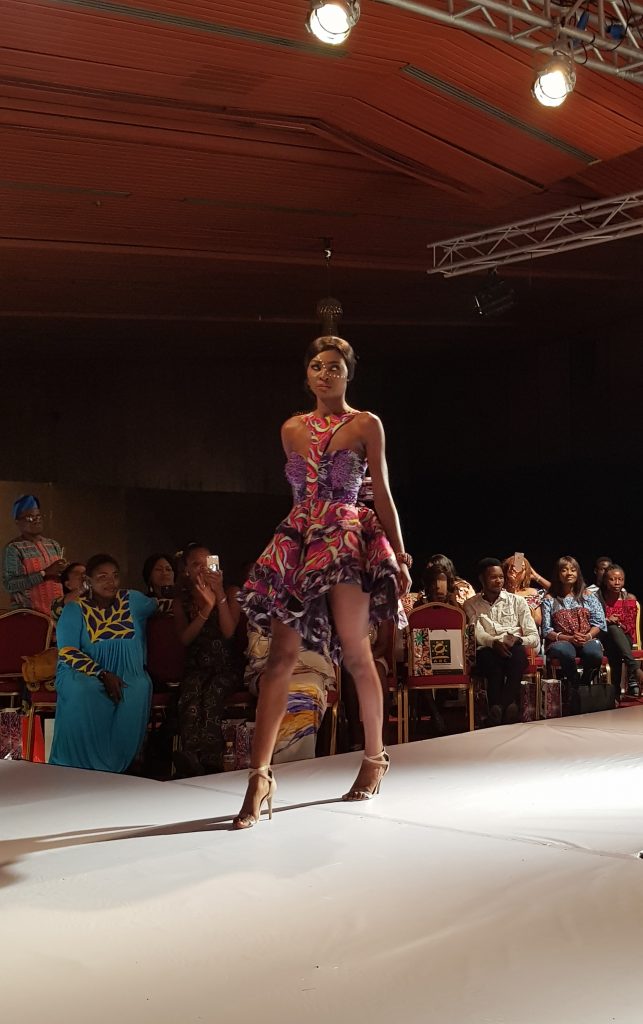 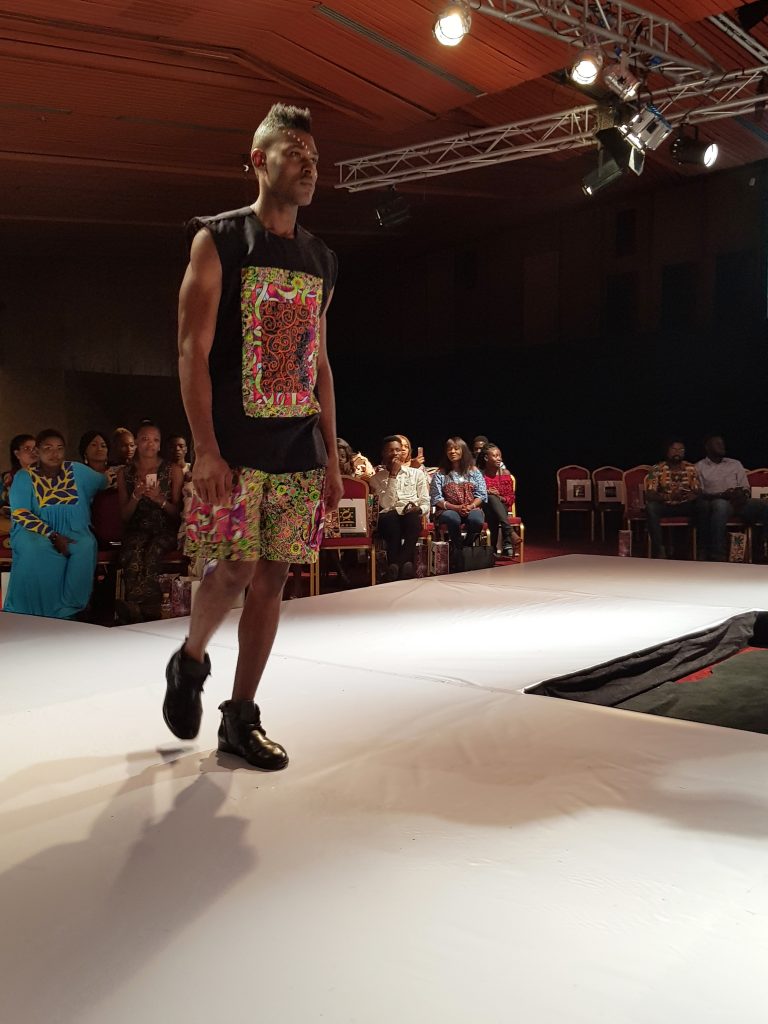 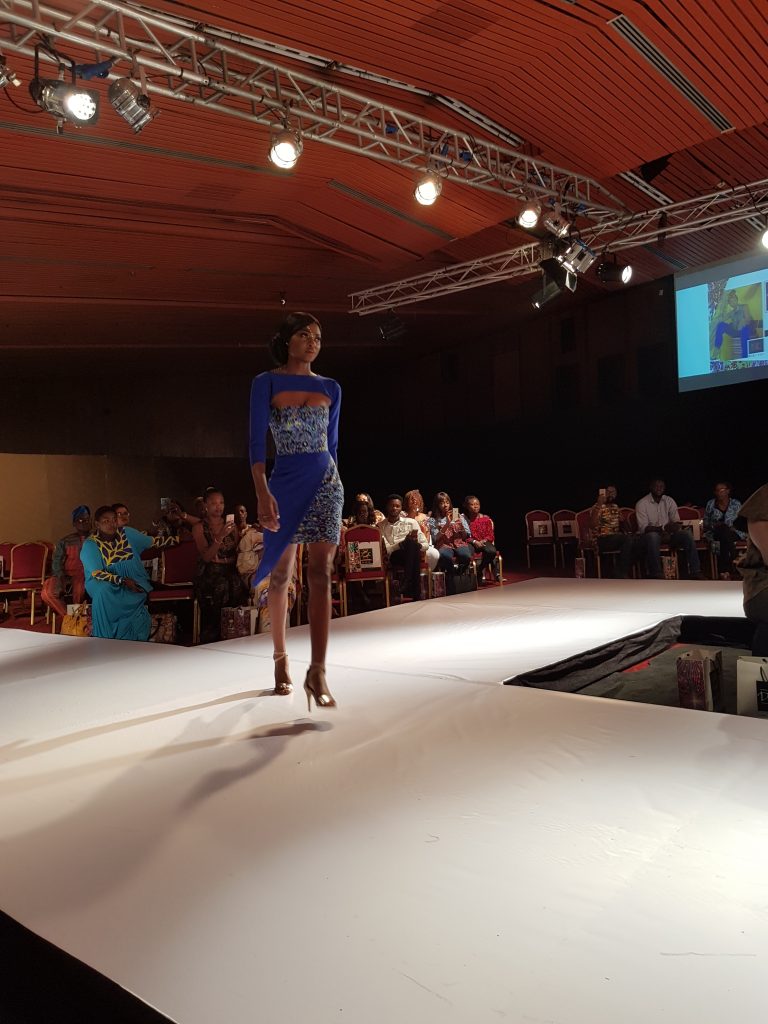 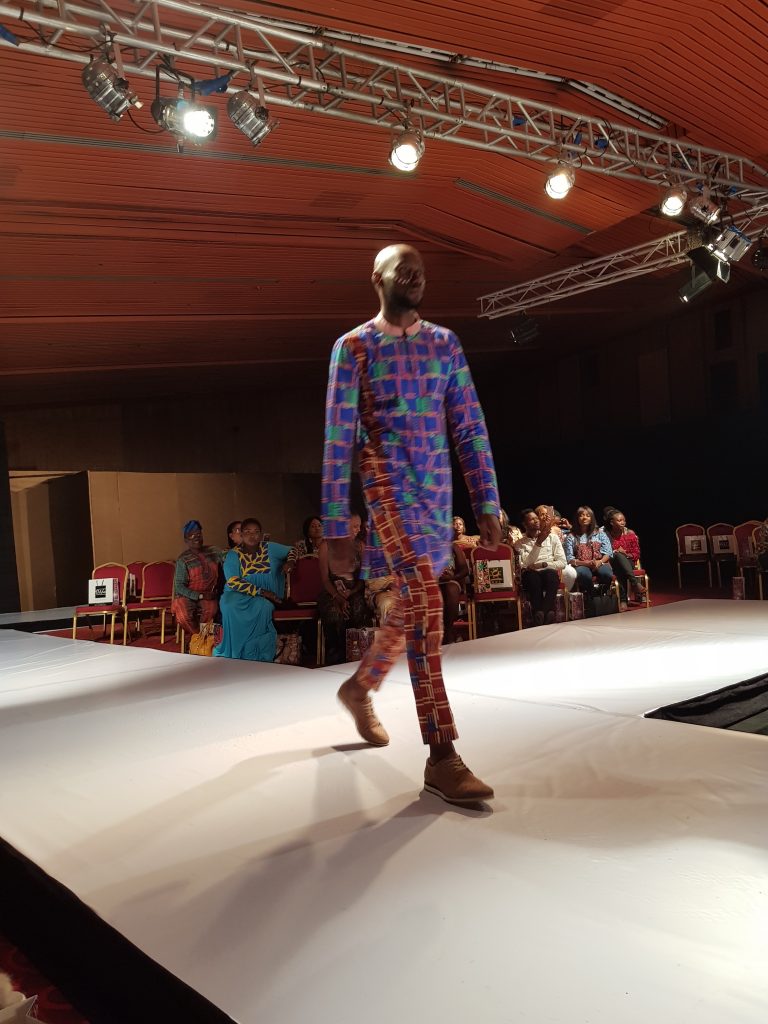 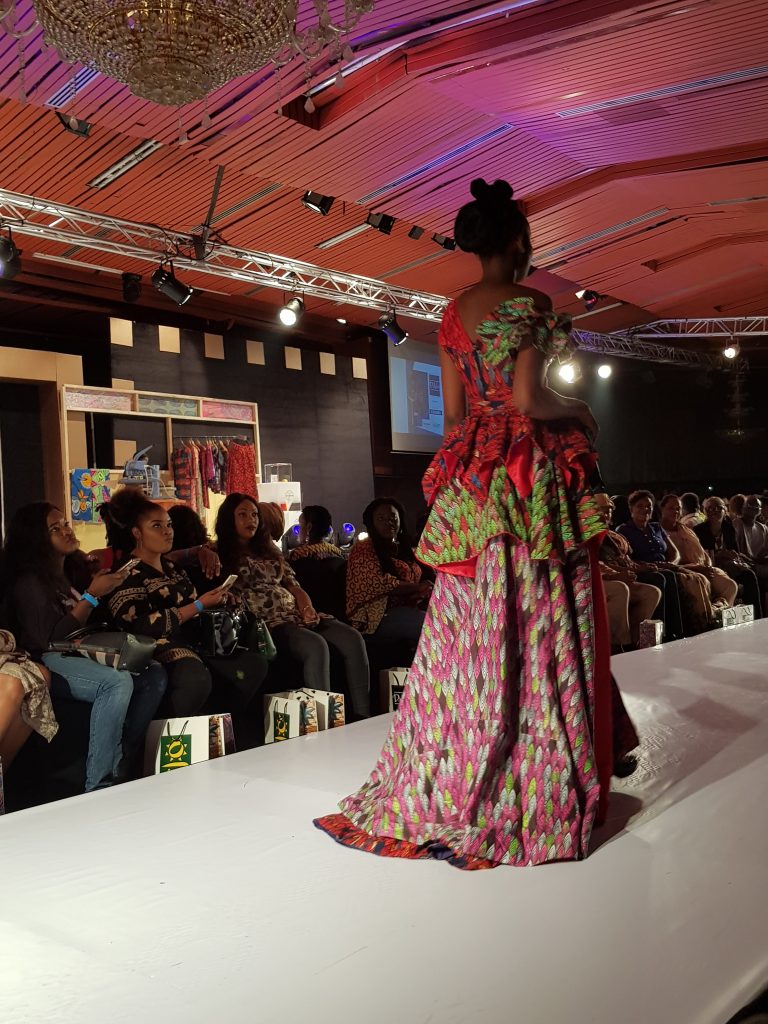 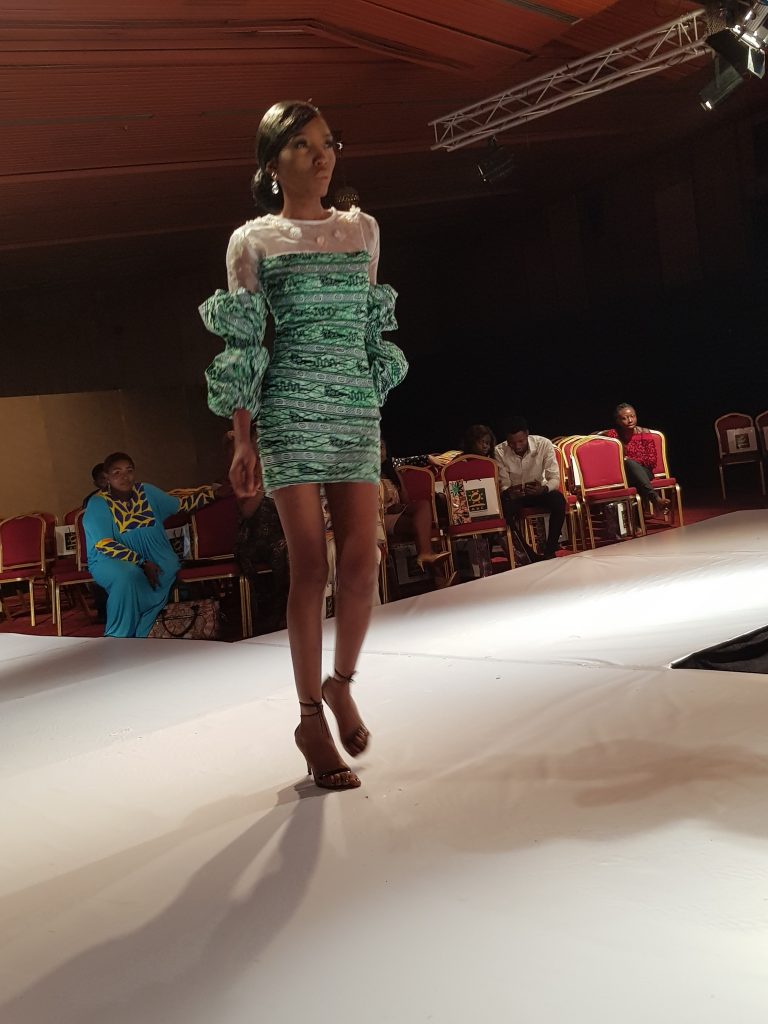 Ofcourse, it was beginning to get too late and I had to call it a night while Modela’s pieces were on the runway.

I sure had a good time in the company of Tereza, Michael and Lubica. Lubica is camera shy which is why you barely find her in the pictures. 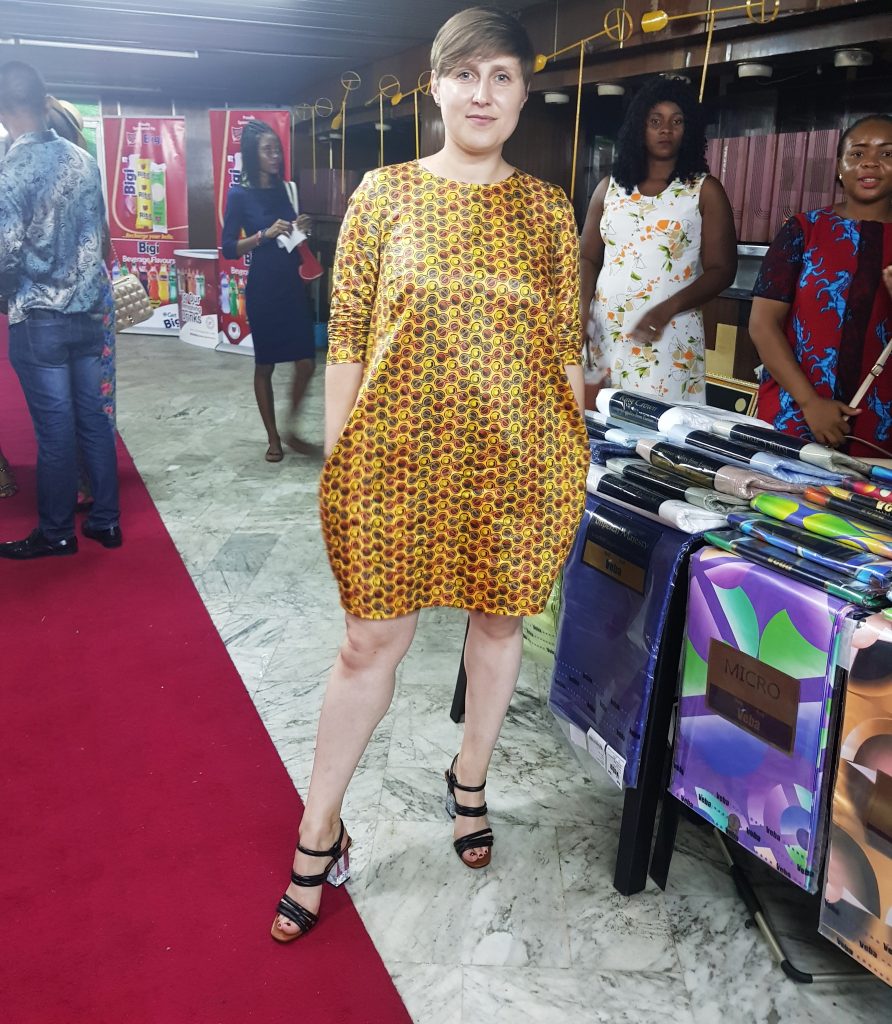 Tereza had her dress made out of the new synergy collection from Veba and it was tailored by the Veba atelier in Broumov. 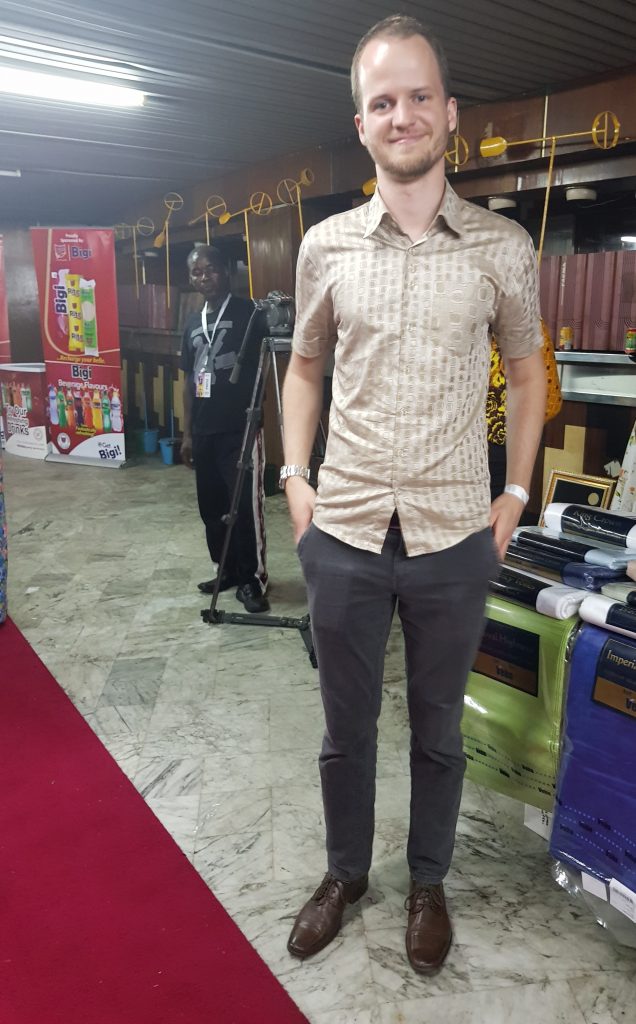 Michael’s shirt was also made out of Brocade from Veba and tailored by the atelier in Broumov. 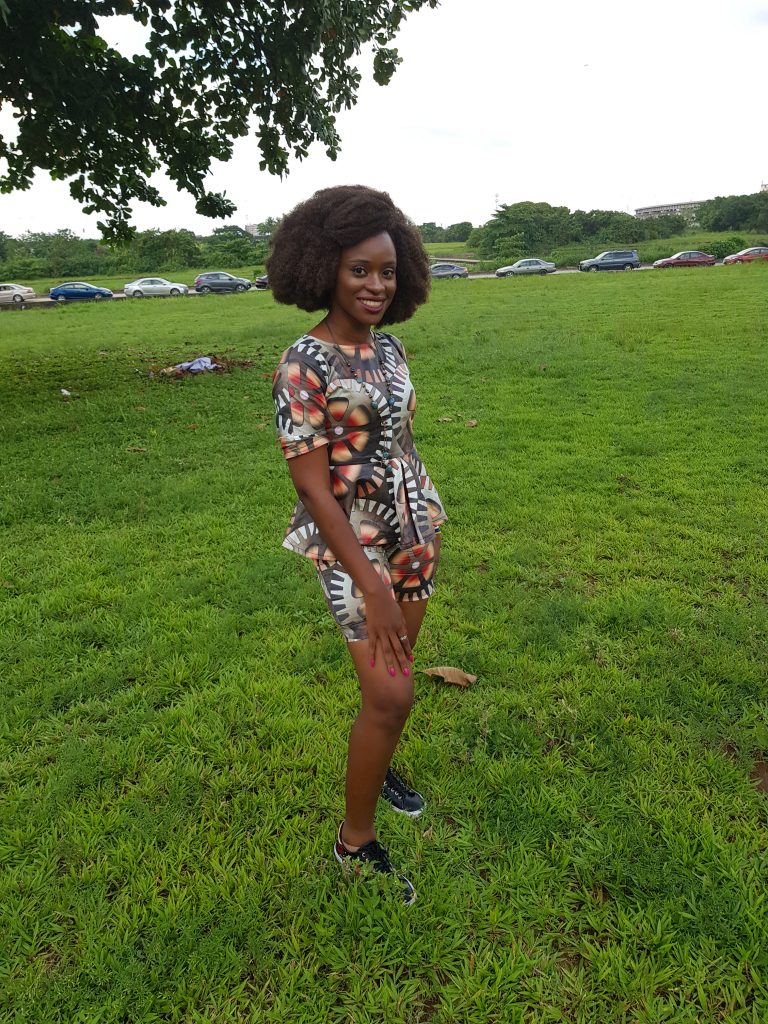 Hair: ST Hair & Beauty (@sthairandbeauty)
Fabric: Veba (All Veba designs can be purchased or ordered at 386 Muritala Mohammed Way, Yaba Lagos. Delivery services are also available on some of the designs via Jumia)
Sneakers: Dorothy perkins from Zoot
Nails: YSL from Beauty Bar by Essenza

All images were shot on Samsung Galaxy S8.