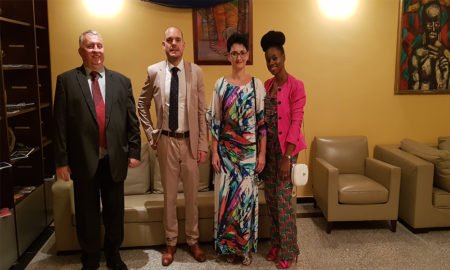 Celebrating The National Day of The Czech Republic in Nigeria 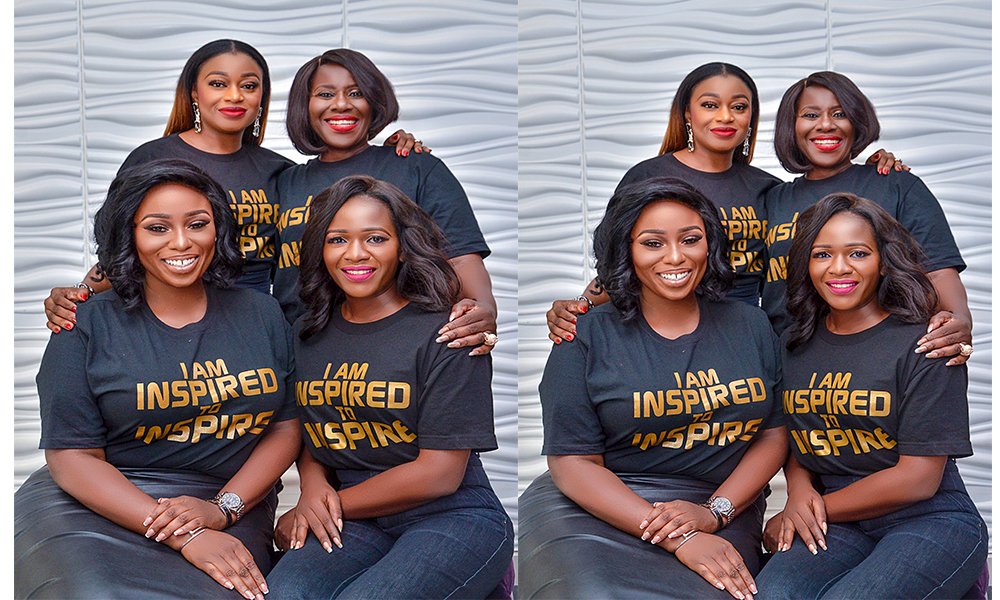 Eloy Awards presents it’s 2017 Influencers. The ladies have been selected because of their achievements so far in their different fields. They are women who inspire, motivate and empower as best as they can. The influencers were chosen as part of  our message that all women are worth celebrating.
Meet the ELOY Awards 2017 Influencers 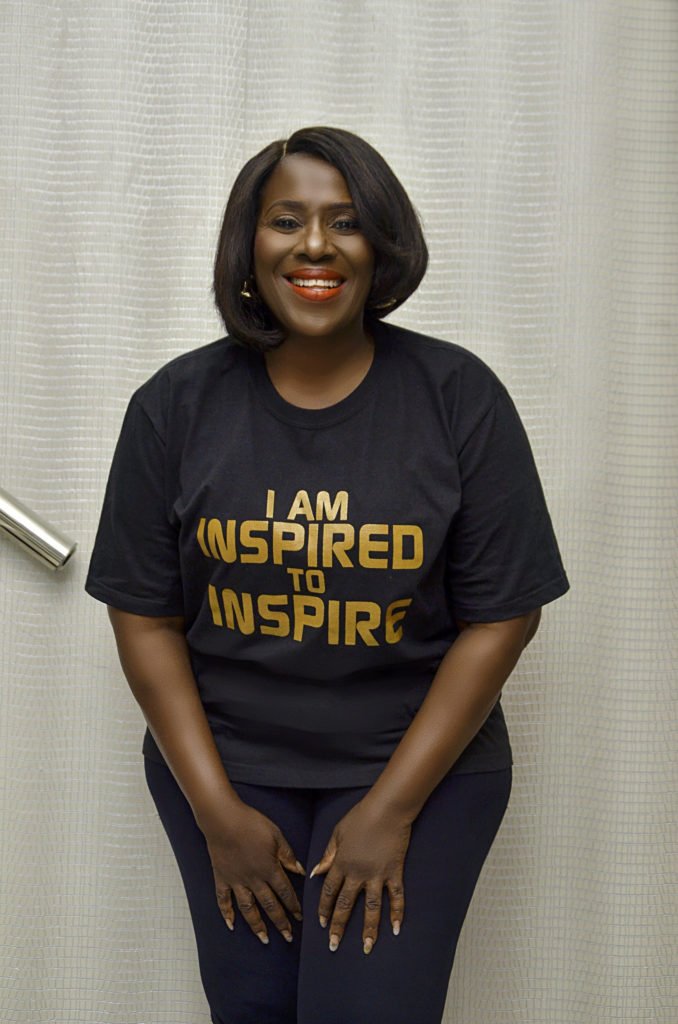 A graduate of the University of Lagos and Webber Douglas Academy of Dramatic Art in London, she began a career in film in the early 1990s. In 1998 she had a major role starred opposite Colin Firth and Nia Long in the British-Canadian film The Secret Laughter of Women. In 2006 she won “Best Actress in a Leading Role” at the 2nd Africa Movie Academy Awards for her performance in Women’s Cot, and “Best Actress in a Supporting Role” at the 4th Africa Movie Academy Awards in 2008 for her performance as a grandmother in White Waters.

Silva is married to actor Olu Jacobs. The couple founded and operate the Lufodo Group covering film production and distribution assets and the Lufodo Academy of Performing Arts, where she is Director of Studies. She is also the pioneering managing director of Malete Film Village, in association with Kwara State University. On 29 September 2014, Silva received recognition as a Member of the Order of the Federal Republic, one of Nigeria’s National Honours Awards, at the International Conference Centre in Abuja.

In 2006, She was awarded the “Best Actress in a Leading Role” at the 2nd Africa Movie Academy Awards for her role in Women’s Cot. Later that year, Silva starred opposite Genevieve Nnaji in Mildred Okwo’s action thriller 30 Days, which received 10 nominations at the Africa Movie Academy Awards in 2008. She also narrated for Jeta Amata’s Anglo-Nigerian production The Amazing Grace,[which was shot in Calabar. The film was lauded by the critics and was nominated for 11 African Movie Academy Awards.The News noted Silva’s “song-like voice, [which] provides insight into the actions”.

In 2007, she starred opposite Kate Henshaw-Nuttal, Michael Okon and Fred Essien in Ndubuisi Okoh’s To Love and to Hold. Silva won Best Supporting Actress in 2008 for her “methodical portrayal of a grandmother” in White Waters (2007), though she was not at the ceremony to receive her award in person. In a November 2008 interview, Silva professed that “whenever she had to play an evil character in a film, she would pray and use Jesus as her ‘hedge’. She is also the recipient of an EMOTAN Award from African Independent Television (AIT) and the SOLIDRAAward for Visual Art.

In 2011, She starred alongside Nse Ikpe Etim, Wale Ojo and Lydia Forson in Kunle Afolayan’s romantic comedy Phone Swap. Lauded by the critics, and one of the most eagerly awaited films of the year, it received four nominations at the 8th Africa Movie Academy Awards, including a nomination for Best Nigerian Film. It also won the award for Achievement in Production Design.In 2013, Silva took to the stage to appear in the Thespian Family Theatre and Productions staging of the “Mad King of Ijudiya” at the Agip Hall of Muson Centre of Lagos at Christmas.

Silva is Director of Studies at the Lufodo Academy of Performing Arts, while her husband chairs it Lufodo Academy is one of several assets the couple own as part of the Lufodo Group, including Lufodo Productions, Lufodo Consult, and Lufodo Distribution. Silva has curated for the Bank of Industry (BOI) in Theatre, Film, Documentary and Poetry and the 2012 London Olympics and is also the pioneer managing director of Malete Film Village, in association with Kwara State University.

In addition to her work as an actress, Silva is a philanthropist and a strong supporter of women’s emancipation and empowerment, contributing to their education, training and progress.

On 29 September 2014, Silva was honoured as a Member of the Order of the Federal Republic, one of Nigeria’s national awards, at the International Conference Centre in Abuja.In September 2016 she was unveiled as the brand ambassador for AIICO Pension Managers Limited (APML). 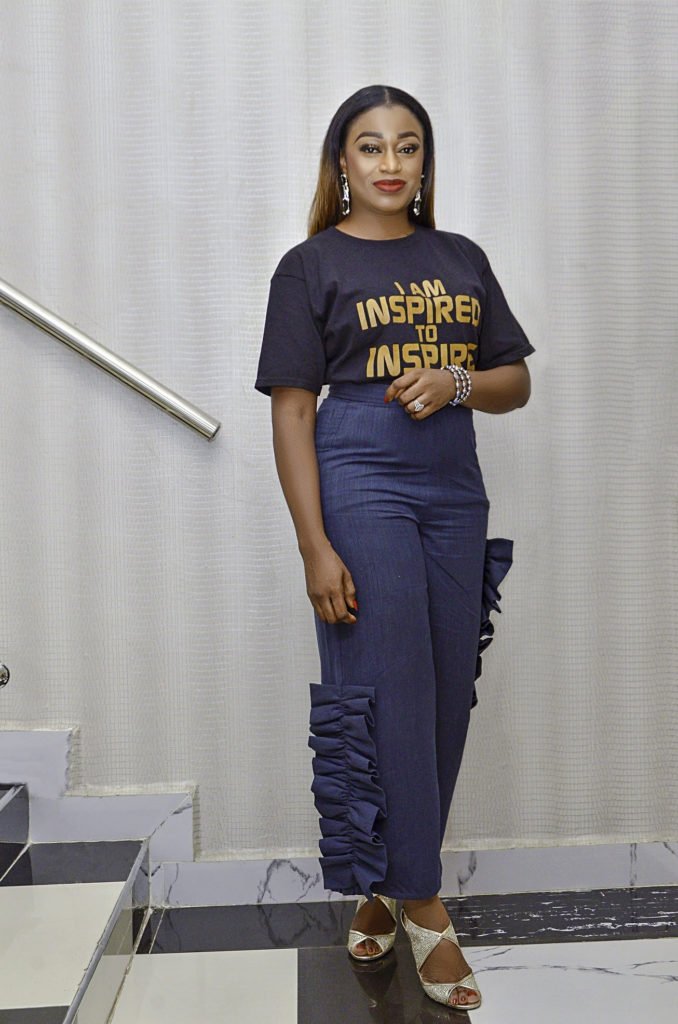 In nine years her passion for fashion has gotten stronger making the label a fashion favourite among the media, celebrities and fashion lovers.

LDA the brand first arrived in the fashion scene in 2005 with iconic 1940’s couture signature designs – a result of what has evolved into a much more modern and cutting-edge brand and a full-blown fashion house. Lanre states “Couture, colour and boldness with an edgy twist is the signature of my designs.
Regardless of the label’s strong historical design roots, LDA’s creatively combines pattern, print, exquisite and even traditional fabrics to produce day wear, evening wear, gowns and cocktail dresses that bridge time and make the label successful within and outside Nigeria.
Lanre holds a Bachelors degree in Business Administration from Coventry University and a Masters degree in Finance from The University of Leicester.

For her contributions to the Nigerian and African fashion industry, LDA has received numerous accolades and awards for excellence.

She is married with two children.

Peace Hyde is the Head of Digital Media and Partnership as well as the West African Correspondent at Forbes Africa. 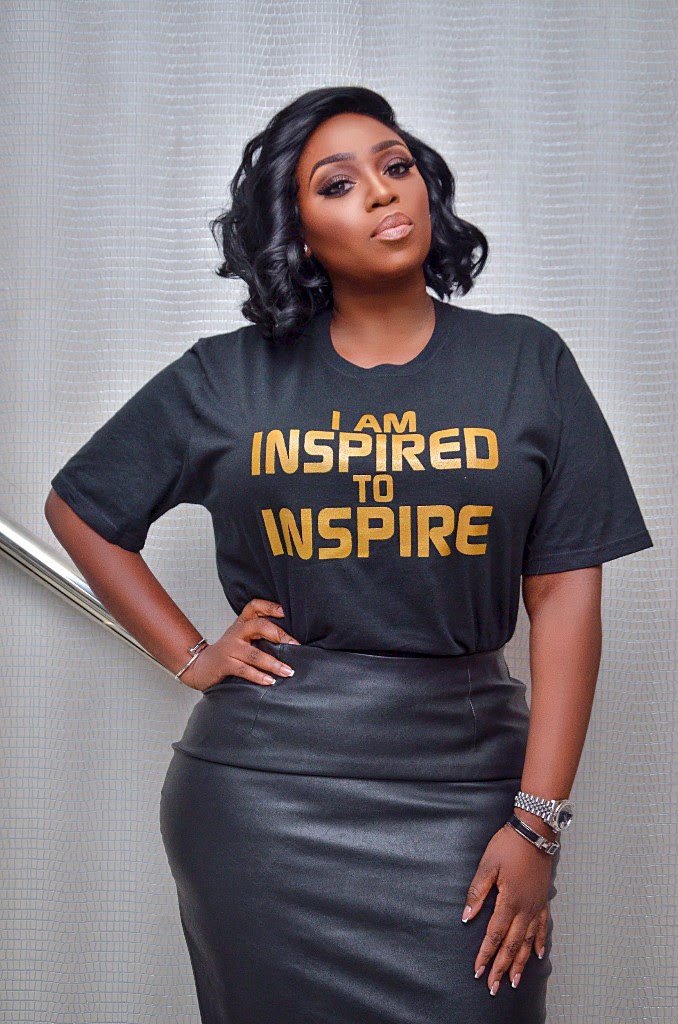 In her current role, she is responsible for working across the company’s digital platform on revenue and audience growth initiatives as well as the editorial head for the West African region.

Prior to Joining Forbes Africa, she was an education senior management executive in the United Kingdom where she also practised as a science teacher for 7 years.

She is also the founder of leading education non-profit Aim Higher Africa, which has a focus on empowering unemployed youths in Africa to transform their passion intobusiness.

She is also an award-winning journalist whose work has appeared in Black Enterprise, Huffington Post, Ebony and Fox News. She was named to the United Nations Most Influential People of African Decent list for 2017.

She also sits on the judging panel for The Chivas Venture Fund as well as being the host of two leading flagship talk shows, Forbes Africa’s My Worst Day with Peace Hyde and Forbes Woman Africa’s Against The Odds on CNBC Africa. 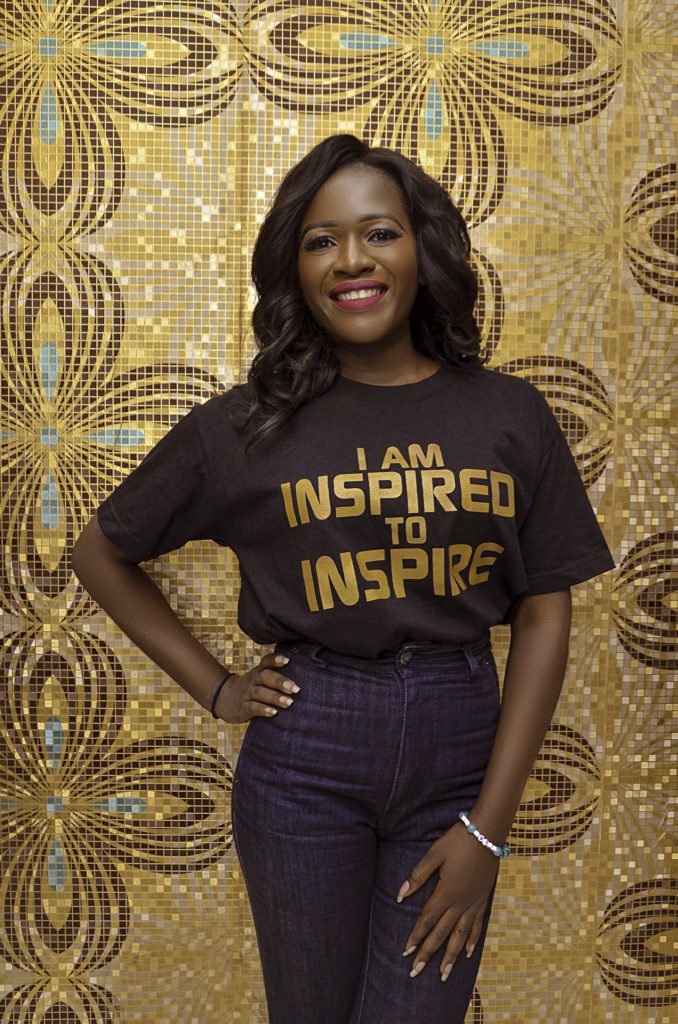 Exquisite magazine organises the exquisite magazine cancer walk, an event aimed at increasing the awareness for cervical and breast cancer and free screening for people. In 2009, the exquisite magazine started an only female awards ceremony called the exquisite lady of the year (ELOY) awards, The ELOY awards is aimed at celebrating women of excellence in different fields, empowering, motivating and inspiring others and it holds every November.
“I love to inspire and motivate people to be the best they can be and best version of themselves. With my wealth of experience over the years, I want to share my knowledge to empower other people”.

YouTube has just announced @addyawo as its new Hea

Even the rainy morning got nothing on our gratitud

It looks like @ebuka has given us 10 looks already

Here's how @moabudu stepped out to host her 57th b

APPS YOU NEED FOR BUSINESS. Your business is as go

JOB SEEKERS GET IN HERE!!There is a job vacancy

Fashion statements from the premiere of @toyin_abr

Family is Everything!@iamkingrudy surprises his

Have you seen King of Boys: The Return of the King