Today, Google unveils a Doodle to posthumously mark the 74th birthday of Nigerian music legend and highlife maestro Oliver de Coque, one of Africa’s most prolific recording artists of all time. 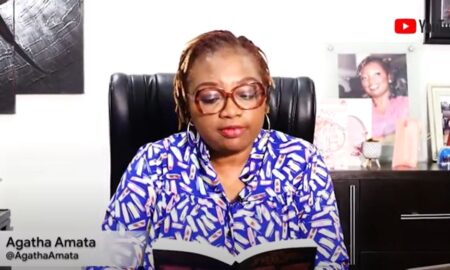 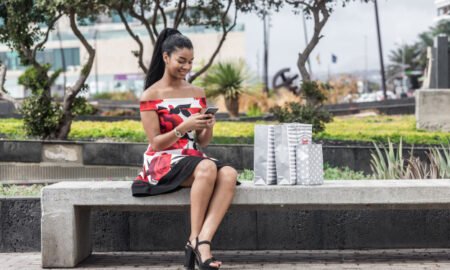 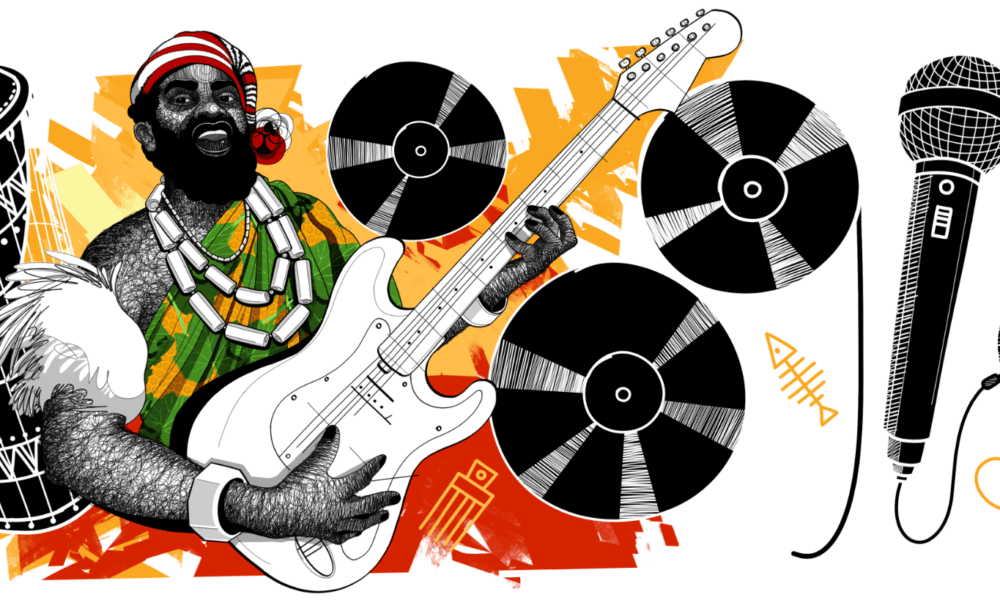 I woke up this morning and spotted the new Google Doodle featuring a man with harps and strings. I wondered what or who Google was celebrating but barely had the time to research. Thankfully, I got this statement from my friends at Google explaining the Doodle. It’s a tribute to mark the 74th posthumous birthday of Nigerian music legend and highlife maestro Oliver de Coque.

Who is Oliver de Coque?

He was one of Africa’s most prolific recording artists of all time.

Born on this day in 1947 in the small town of Ezinifite in southern Nigeria, De Coque (whose birth name was Oliver Sunday Akanite) first took up the guitar at a young age. As a teenager, he studied the traditional Igbo music of the region, alongside  Congolese soukous. In 1970, at a performance by the popular Sunny Agaga and his Lucky Star Band, Akanite convinced Sunny to let him stand in as their guitarist – and was hired on the spot.

This provided a massive boost to his fledgeling music career. Also a skilled player of the Nigerian board game okwe, the guitar genius became known as Oliver de ka Okwe, which he later adapted to become his stage name, Oliver de Coque.

Known for combining the modern West African highlife genre with Congolese-influenced guitar style, and the energetic dance elements of Igbo music with which he grew up, De Coque crafted his own unique music style which he called Ogene.

From his first solo release in 1976, De Couque’s music grew in popularity at home and abroad, and he released album after album featuring his masterful guitar work and fresh take on Africa pop. His unforgettable songs, including Biri ka Mbiri, People’s Club of Nigeria and Elete Aghara (Tolerance), continue to resonate in the hearts of millions of music lovers in Nigeria and across the world.

In 1994, De Coque was awarded an honorary doctorate in music by the University of New Orleans, in recognition of his prodigious music achievements.

Who created the Google Doodle For Oliver de Coque?

The Doodle, created by Lagos-based graphic artist and illustrator Ohab TBJ, pays tribute to the guitarist who died in June 2008 at the age of 61, following a heart attack. The creative inspiration was drawn from  De Coque’s love for the guitar, his energetic performance style, his unique music brand, and his love of tradition and culture.

“Oliver de Coque was a popular musician from the Igbo part of Nigeria. As a kid back in the 90s, I recall my late dad playing his songs. I will never forget watching my uncles and aunts dancing to his music; their happiness was contagious”, says Ohab TBJ.

“I believe that Oliver de Coque paved the way for so many African artists of this generation, and that there’s still much more we have to learn about this highlife artist. History has not done enough to honour his memory, so I hope this Doodle will help highlight his incredible story,” Ohab TBJ concludes.