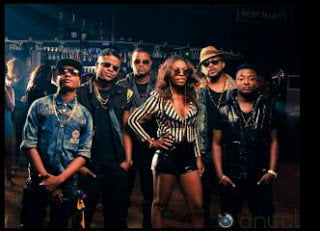 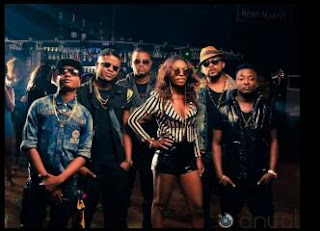 Music is food to the soul. It is like a spirit; you listen to some and it makes you happy while you listen to others and tears just may drop off your eyes. The beat, the sound, all the technicalities, I know little about but the lyrics is what I particularly take interest in. May be that is why I relate better to RnB. Songs that make me just think in whatever direction. Thus, today’s post is inspired by music.

Change is the only constant thing in life but what people don’t understand is that change could be either negative or positive. Which is why when I speak of change, I am quick to add “for the better”. The music in view speaks about change and not just any change, but a change for the better; positive change that would lead the country forward. Though, I understand that the stars in the song are all Nigerians but I crave their indulgence to say, that the entire continent of Africa needs this change in one sector of their society or more.

The song is by the EME all-stars led by the ‘baddest’ boss, Banky W (that dude has got voice; you need to listen to his track YES/NO). It starts with an intro that laments on the ills of the society. How things have gone so bad despite the change in government (from military to civilian and to more civilians). We are going through economic crisis, social injustices and religious warfare.

Despite all of this, we still survive which makes the artist wonder how we make it through (Na God o!). The solution to this entire crisis as the song preaches is love, peace and unity. Irrespective of what or who we are, the rich or the poor; the religion or the tribe shouldn’t be a barrier but strength. Whether we know it or not, we are first of all Nigerians before we are recognised by our individual tribes in the international system. There are so many tribes in the United States but yet, we know all of them as Americans first before we begin to dissect their tribes.

Almost at the end which seems like a conclusion to the song, the artist drops the main message: People (you and i), try to cooperate with your fellow brothers (and sisters too) and tolerate one another. Let us join our hands together to elevate our continent because the time for change is now!

REVIEW: Initially, I had reservation for a line of the song because i thought it said we must STEAL our father’s land but, Banky just cleared my reservation. He said the word is HEAL and not STEAL. That makes the lyrics of the song a 10 over 10 for me……..

So, kudos to the EME All stars. Am guessing they may perform this at the baddest concert coming up on the 21st of December, 2012 at Ocean view by 7pm. For more information on the concert, check Banky W’s blog. Also download the song and view the lyrics here