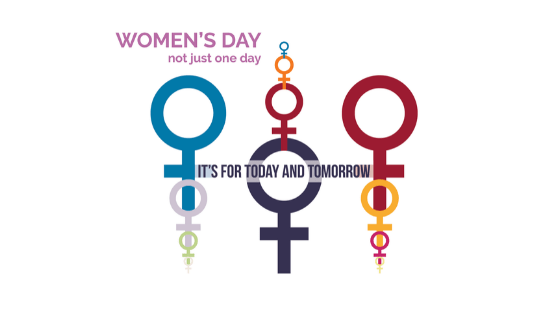 Today is the International Women’s day. A day set aside to celebrate acts of courage and determination by women all over the world. Being a woman in today’s world comes with a lot of responsibilities. Hence the need to celebrate all women.

The first international women’s day occurred on March 19 in 1911. It emerged from the activities of labour movements at the turn of the twentieth century in North America and across Europe. It was later moved to March 8 in 1913. However, the United Nations began to celebrate it during the International Women’s year 1975. In December 1977, the General Assembly adopted a resolution. Proclaiming a United Nations Day for Women’s Rights to be observed on any day of the year by member states. This is in accordance with their historical and national traditions.

The theme of this year’s celebration

This year’s theme for the International Women’s Day is: ‘A promise is a promise: Time for action to end violence against women’. The theme for this year was chosen to call to the attention of world leaders, the promise which they made to protect human rights in line with the international conventions and agreements that they signed onto. A promise is a promise and should be kept as honourable leaders of the world.
It is quite sad that at this point in the history of the world and with all the reforms going on in the world, the issue of violence against women isn’t taken so seriously by a number of nations. According to the UN Women’s Executive Director, only 45 governments have committed to taking actions to end violence against women. Although, 160 countries have laws to address this issue but then, we all know that a law is only as strong as its enforcement. Nations need to take this seriously as this is an issue which does not affect the women alone, but their communities and hampers the development of the nation.
The WHO Regional Director for the Western Pacific, Dr Shin Young-soo says that violence against women is not inevitable and I totally agree. All we need to do is be committed to this cause and accelerate our efforts to put an end to this menace. As we celebrate women today, let us put this in mind and make a commitment within ourselves and among our friends, colleagues, business associates, families and the likes that we would never contribute to violence against women but rather, ensure that we put an end to it.

I will like to conclude with a part of the UN Secretary General’s message on this occasion and he says, ‘Look around at the women you are with. Think of those you cherish in your families and your communities. And understand that there is a statistical likelihood that many of them have suffered violence in their lifetime. Even more have comforted a sister or friend, sharing their grief and anger following an attack’.
There is also the one woman song written for UN Women. Please get the song here. All proceeds from the song are to support the UN Women’s work worldwide.
Also, read my articles on an insight into rape, virginity test: a violation against the fundamental rights of women and girls, my voice counts and getting men to commit.
Please remember to drop your comments and also send in your articles to ijehiri@gmail.com.
Happy Women’s Day celebration!
Sources:
– UN women
– timeanddate.com
– World Health Organisation Western Pacific Region
– UN
Related ItemsInternational Women's Day