ELOY Awards 2019: The Year of Empowerment

It feels good to have a platform that celebrates women, one that we can all relate with. 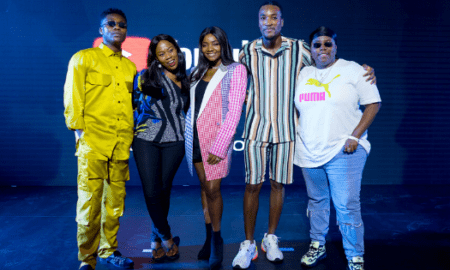 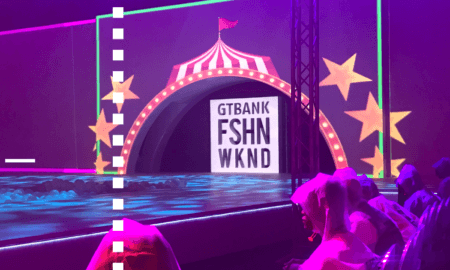 What Really Happens In the Front Row At Fashion Week 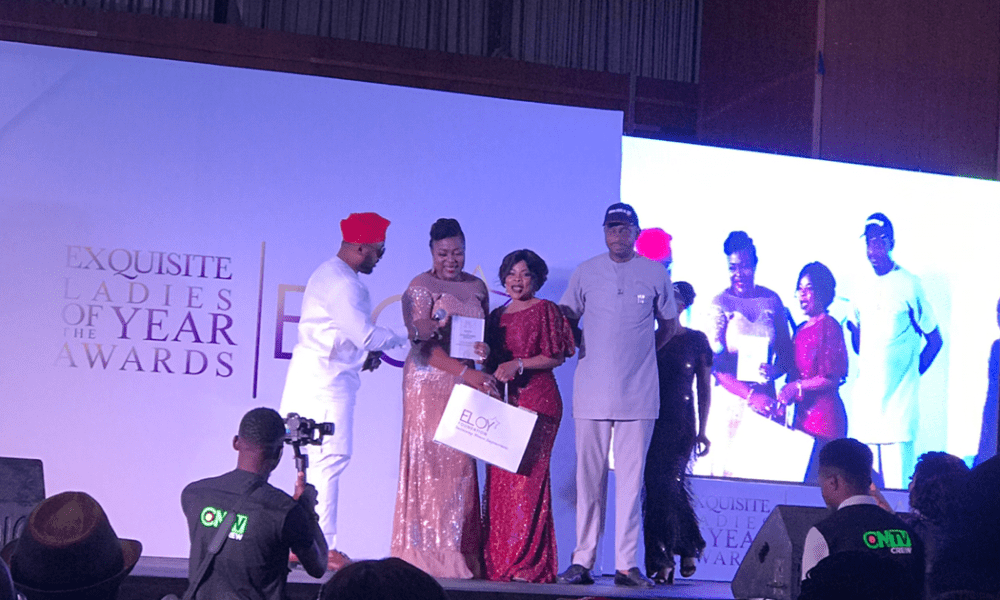 Last night, I attended the 11th edition of ELOY awards. ELOY is an acronym of Exquisite Ladies Of the Year. It is an initiative by Exquisite Magazine to celebrate women making an impact in various industries. As an impact-driven brand, SoTectonic has consistently partnered with ELOY for a number of years now. Also, I happen to have an ELOY award for Best Blogger in 2017. The year after, I was out of the country and couldn’t make the event. Hence my determination to attend this year’s edition despite dealing with a fever. Besides, ELOY awards ceremony is a perfect place to be if you need that extra boost. If you want a space oozing with inspiration, the type that gets you aspirational, then that is the perfect place to be. This is because most winners share their stories which in turn has me motivated.

One of the highlights of the ELOY awards ceremony is the red carpet. This year, the theme was modern royalty. My interpretation of that would be, ‘your definition of what it means to be royal in today’s world’. For me, it is not about being born of blue blood but rather, the ability to thrive and succeed in whatever it is that you do. You reign in that space and as such, a King or Queen. That is why I opted to wear an almost invisible headpiece for the event yesterday. That was my way of saying, not every Queen has a crown that you can see but if you get to know her, it shows. 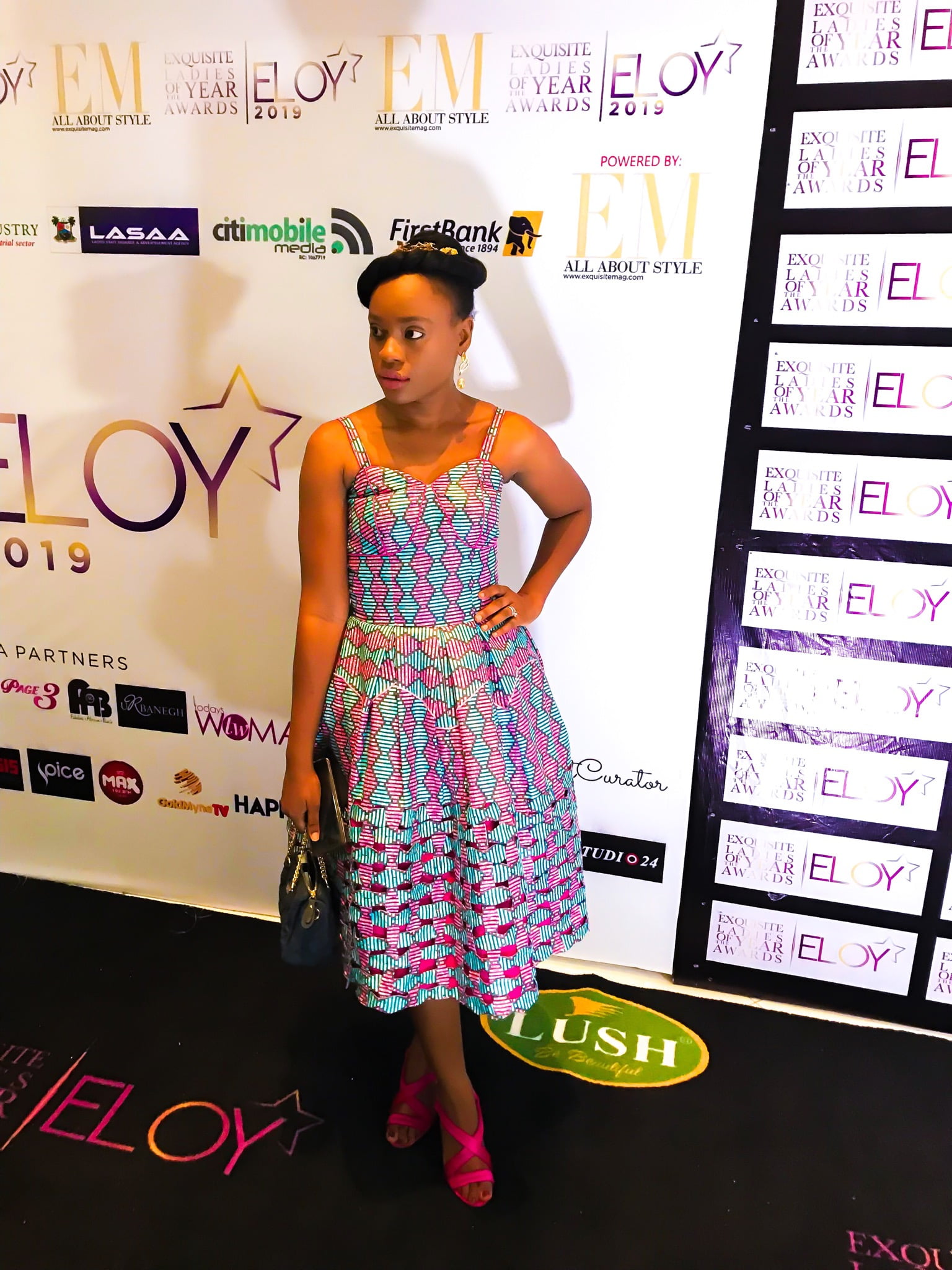 How did you feel when you won the ELOY awards?

Validated. I know that a lot of times, people say that we do not need validation from anyone. However, that is the first word that comes to mind when I think of how winning the ELOY awards made me feel. In 2017, Instagram algorithm had just changed, I was set to plan a wedding and in between jobs. Then came a massive writer’s block which I am actually just getting over. People advised me to change my brand name in order to get recognized even more for the work we were doing. Every name that was suggested seemed to me like a joke. I started to contemplate taking a full break from blogging.

To cut the story short, winning the award was a sign. It meant that people were watching and they believed in my brand. I am not a rich kid that can throw a lot of money into voting neither do I know how to be a bother as you must have noticed from the sale of the Tectonic t-shirt. If you know the other bloggers that were in my category, you will know that they are good at promoting themselves. So, winning can only mean that people truly believed in me and put in their time and money into voting for me.

What do you think of the ELOY platform?

I must commend Sister Tewa for doing such an amazing job consistently for 11years. I believe in the ELOY vision and what it stands for. Which is why as a brand, SoTectonic continues to partner with ELOY. It is good to have something that women can have in common. In fact, I feel like we need to have some sort of ELOY alumni where past winners can come together and do things together. 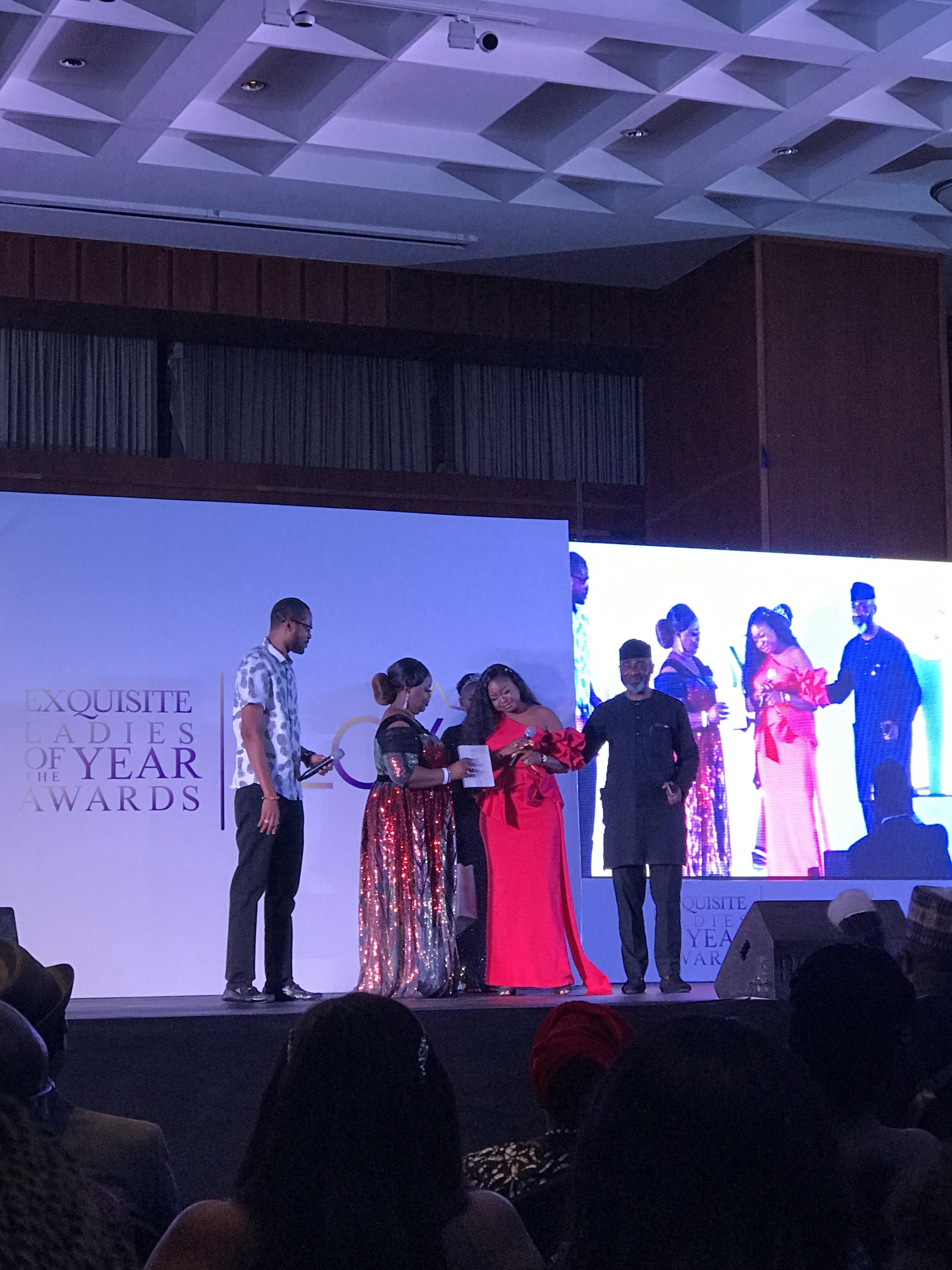 What do you feel about women empowerment?

It does exist. No doubt, I have had my own share of not feeling truly empowered by another woman. However, I have also been inspired by a lot of other women and in some way empowered by them. There are women who are genuinely concerned about uplifting other women and we need more of that energy to go around. I am a big fan of platforms that are focused on empowering women. Believe it or not, we all need some kind of empowerment. However, women have been marginalized, discriminated and put to the rear for so long. Thanks to our culture that promotes gender inequality. Hence the focus on writing a new tradition that empowers women and recognizes the abilities that we have. There is a whole new generation of women out there who need exemplary figures and who need to know that they will get better. We owe that to them. In fact, our decision to focus on widows and single mothers for the blogversary outreach stems from this.

In one word, what do we need to ensure that more women are empowered?

Collaboration. We need to move away from the competition mentality and begin to think of collaborating. I have done this a lot this year with different brands that I work with. I hope to do a lot more in 2020. So, if you think that we can work together in any way, just send me an email. Exciting things await those who collaborate. 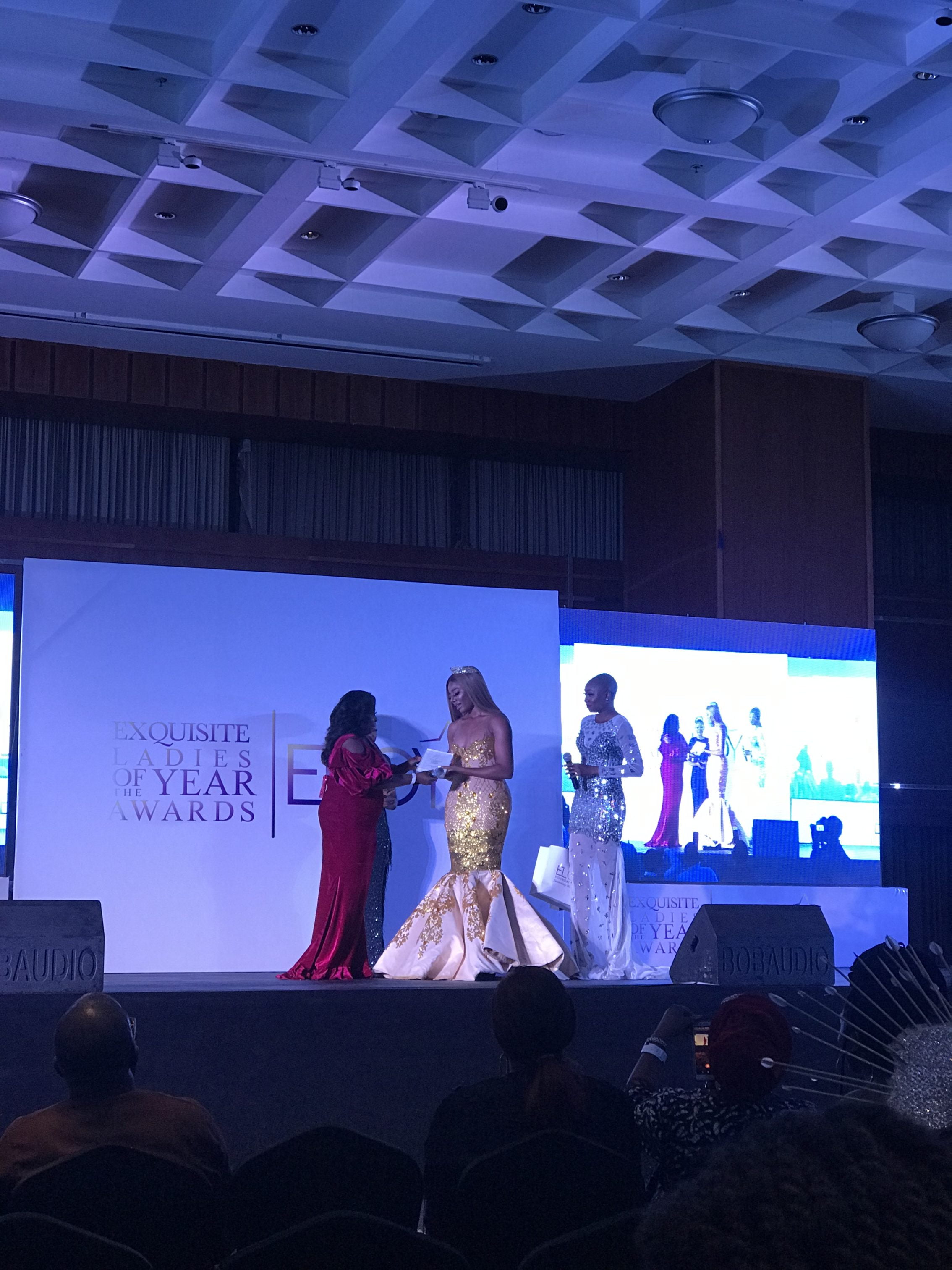 What are your expectations from the event tonight?

The red carpet but even more, getting inspired by the stories of tonight’s winners. It is an exciting feeling and I hope to relive it through them. 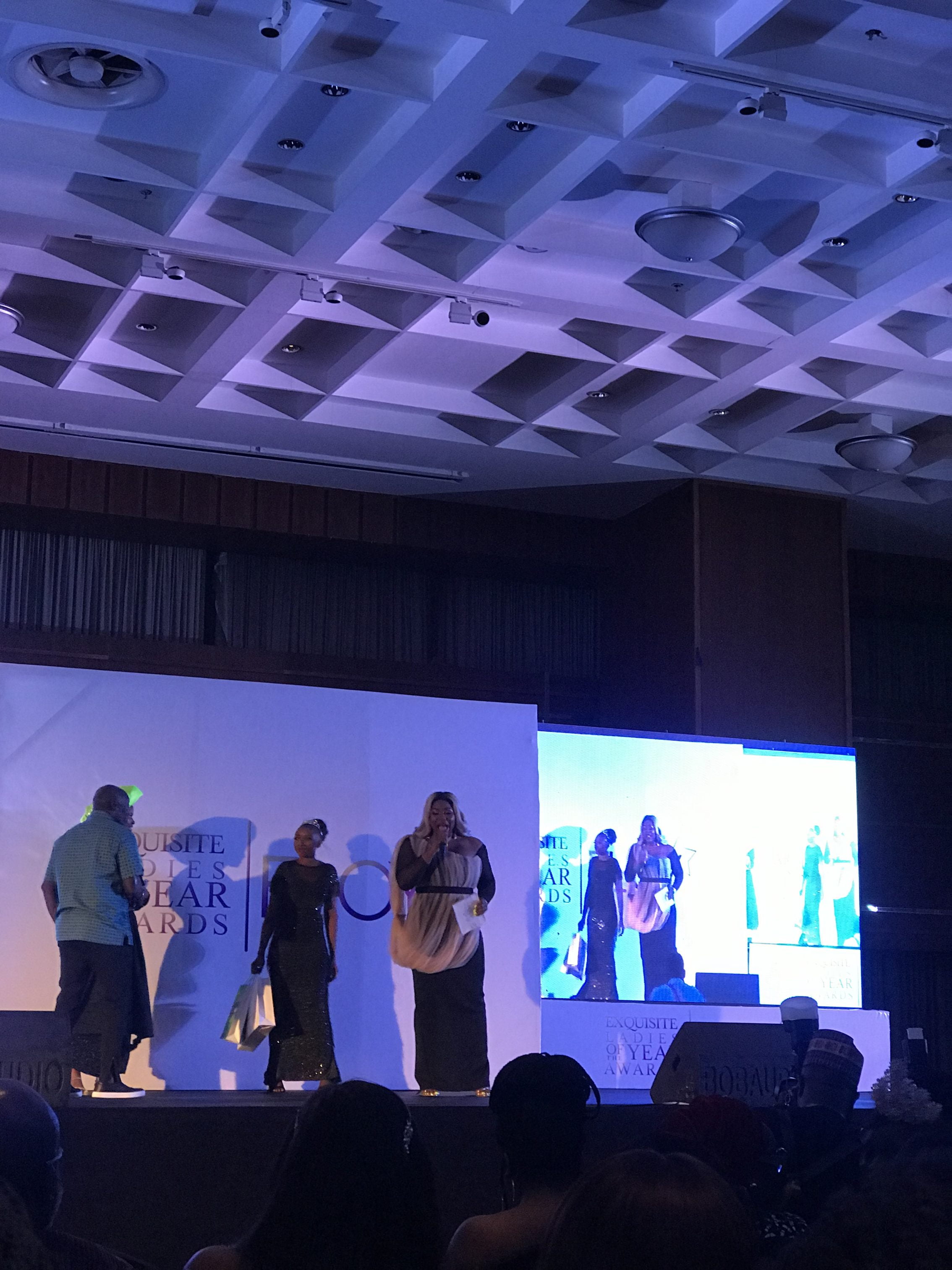 Having the ELOY awards ceremony at this time of the year is perfect; perfect time to be inspired and strategize for the next year.