Is this Exploitation: A case Study of the Immigration Recruitment Exercise 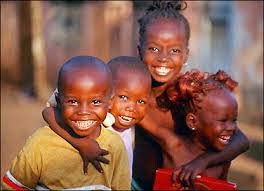 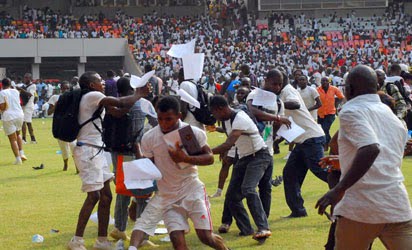 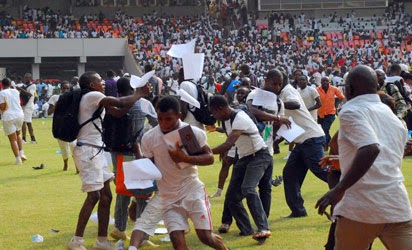 I am wondering what we are all thinking when we decide to attend certain job examinations and interviews. Well, I guess we all go with the aim of trying and hoping that something positive comes out of it. I am also guilty of attending some not so good job interviews as well; one I wrote for a highly reputable bank in this country and never got a response and another that I was made to stay till about 9pm at the exam venue which was a long distance away from home. So, the first was properly organized but no feedback (and that was the same for all those that I knew that wrote that exam) and the other lacked proper time management. Something that is quite common in this part of the world- no respect for time.
In all the job examinations and interviews I may have done, I have never had to pay a dime. Once I get a text or mail asking me to pay even as little as 50kobo, I immediately discard such messages and just conclude that it is a scam. But, what happens when the organization ought to be a highly recognized Government organisation, what do you do?
It is stale news that the Nigerian Immigration Service (NIS) did ask those who intended to be considered for employment with the organisation to pay the sum of 1000 Naira. A fee that the boss alleged that he had no access to and the wind have it that they claimed the money was not for the NIS but for the consultant hired to conduct the recruitment exercise. Oh, if you didn’t know, now you do!
Wondering why there is so much noise about 1000 Naira collected from unemployed graduates of the nation? Here is why:
A friend of mine who had his in the Lagos Stadium lamented his ordeal to me a day after the examination which took place on the 15th of March, 2014. Firstly, there was heavy traffic on that route caused by the recruitment exercise. He found no where to park his car and had to pack so far away from the venue. On getting to the venue, there was no adequate arrangement except for someone shouting at the top of their voice giving directives of where each category according to your highest qualification was meant to be. after the yelling, the examination questions were thrown into the air for candidates to scramble for it.
Well, they sure did and most of the question papers were torn. At the end of the day, my friend did not write the exam. So, he traveled all the way from Owerri to Lagos for not nothing because he got something-a gruesome experience. Not mentioning that it was at the peak of the fuel crisis and he had paid heavily to fill up the tank of the car he used.
I read on Bellanaija that Jonathan has ordered the cancellation of the exercise. He also promised those who lost loved ones during the exercise that they get three slots and all who got injured are automatically employed. How good is this as a compensation for the irrational and insensitive exercise taken by the NIS? Hon. Nkiruka Onyejeocha, as I read on the WorldStage News Online, is asking why the NIS sold 1million forms since only 4500 people were going to be employed. Her question is not so timely because I do not think that it is any different from what JAMB has been doing over the years. Or is it?
Put it anyway you like, shouldn’t this be a case of corruption and money laundry? Is this not a case of exploiting those in need? You be the judge!
I hope to read your thoughts on this because it concerns all of us. So, holla blog fam….
Oma!
Related ItemsHomelifestyle