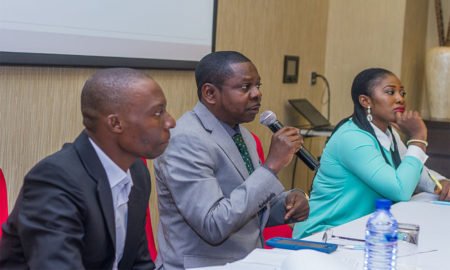 I am not exactly a newbie when it comes to fashion shows. That is if watching all the Victoria Secret Fashion Shows (VSFS) on TV counts for anything. I never miss them as everyone in my house knows not to look for the remote to teh TV when the shows are on. This will mean erasing the smile that comes on my face as I watch the models walk and dance on the runway in their very shimmery lingerie. The performances are ever so energetic and then the sounds from the crowd, it just makes you feel like you were there.


In 2016, I decided to take it a notch up. Since I couldn’t attend the VSFS, the next closest thing to me was Lagos Fashion and Design Week (LFDW). I looked forward to attending but it became almost impossible when I got called upon to serve my country for a mandatory period of one year. My Primary Place of Assignment was outside of Lagos which meant that I might be unable to attend but I still nurtured the thought.

One Wednesday Afternoon, while chatting with my very good friend, Okhai- Okhai is a fashion illustration known as Lean Kid, he mentioned that he was at Heineken Lagos Fashion and Design Week. I was shocked as I had lost track and idn’t realise the show had started. I began to make plans to attend and made it down to Lagos just in time for Day 3.

My mum was quite surprised to see me as she didn’t hesitate to spell out her motherly jealousy on how I came back for a fashion show but never thought to come home just to see her. But I guess she got over it just in time to enjoy my company before I left for the show.

The show was scheduled to start for 5:30pm. Not wanting to miss any part of the show, I left home in good time and got there way before the scheduled time. I hurried to get my ticket and began to fantasize on my imagination of what the show will be like especially since Mai Atafo was going to showcase his new collection.Since I still had some more time, I proceeded to view the items on exhibition at the Retail which came to a close at about 6pm.

By this time, the show was already 30minutes late. I waited another 30 minutes before voicing out my worry that the show was yet to start. It was in that moment that I realised how much of a novice I was to the fashion show tradition. Apparently, everyone got an undistributed memo that the show was not going to begin until about 8pm.

True to the speculations, we were allowed into the marquee at 8pm. It was a bit rowdy as everyone was trying to get in at the same time. People kept moving about and across the runway that someone even slipped as she tried to make her way across. As is expected, the celebrities, VIPs and editors occupied the FROW (Front Row) as well as the 2nd and the 3rd rows. We could barely find a seat when Oma suggested we go all the way to the back. It seemed like a great suggestion except for when people refused to stay on their seats and got into any of my perfect moment to capture a collection or look that I love.

Uju Marshall was bae on the runway. She owned it working every piece she wore as though it was custom made for her. There were other amazing models whose names I am not very familiar with but I could tell that the organisers did put in some work in selecting some of the best.

The year has only just begun and I will expect that any designer seeking to showcase at LFDW 2017 or even AFWN 2017 which may come first, should already be working at their collection or at least have an idea. I wasn’t too pleased that some designers, though with beautiful collections, failed to pay attention to their finishing. You could easily differentiate those who put the work in and gave the showcase a 100% effort.There was so many of them like that with great attention to details, unique cuts and patterns.

Speaking of red roses, we had a designer, Johnson Johnson, propose to his girlfriend at the show, just after his showcase.

I already mentioned that one designer I was looking to view his collection was Mai Atafo Mai is so dramatic but in a good way. He made us wait but when the models wearing his pieces began to strut the runway, it was worth every time I spent waiting. He showcased the wedding collection with a performance. 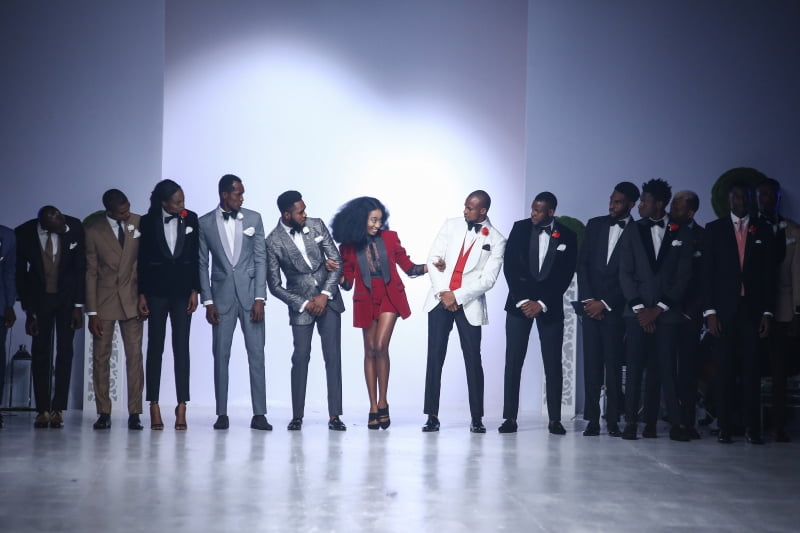 I wasn’t so eager to attend the next day’s show so I didn’t get to go. If I have to attend this year, I would love to be much more than a spectator. I will love to be involved backstage or assist with the preparations. I am certain the organisers worked hard to produce the show every year. I was inspired and I had a good experience but it could be better. Now, I can say that I know a little about being a guest at a fashion show and who knows, when I write a piece this year, I will be saying, ‘now I know a little about producing a fashion show’.