What You Need to Know About JCI Nigeria’s Leprosy Campaign. 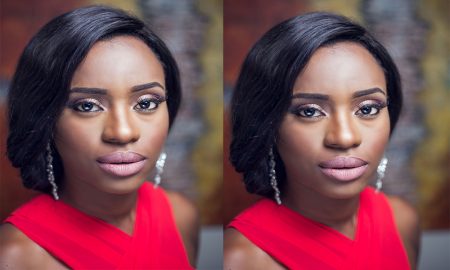 It’s All About Bicycles

To celebrate the 2017 World Leprosy Day, JCI Nigeria has embarked on a national campaign to curb the stigmatization attached to it. The national campaign is in collaboration with NIPPON foundation, a Japan-based private, non-profit making organization that aims at achieving a society where people support each other, reducing the burden and challenges faced together through social innovation.

This campaign is a social responsibility initiative geared at creating conducive environment for people affected by leprosy, educating all stakeholders to play an important role, and advocating non-stigmatization of the leprosy patients. This is in line with 2016 NIPPON Foundation global appeal, #thinkleprosynow campaign.

The #THINKLEPROSYNOW campaign is not just to give the patients food and clothing materials, but to bring the message of non-stigmatization to the footstep of everybody. The campaign hopes to educate the following facts about leprosy that : Leprosy is caused by a germ, It is not hereditary, It is curable, the earliest sign of leprosy is a skin patch with loss of feeling, it is transmitted from one person to another by a patient who is not on treatment, patients who are on treatment or have completed treatment are no longer a danger to the public, treatment is available in every LGA and is free of charge, show love and care for people affected by leprosy just as you care for all others who are ill, stop the stigma and discrimination against persons affected by leprosy and finally , nobody should be called a leper.

Recently at the JCI’s visit to Ogbomoso in Oyo State, the Medical Social Worker, Bowen University, Mr Adeniyi Olaleye, explained that leprosy is a major problem, and if people are not immune from the bacteria, they will be affected. The JCIN Amb Olatunji Oyeyemi pointed out that the campaign is not just to give the patients food and clothing materials, but to bring the message of non-stigmatization to the footstep of everybody. One of the patients pleaded with the campaign organizers to help them alleviate hunger, and give their children much needed support. Another patient cried out that the shame of returning home as a result of the leprosy sickness, has kept them away for so long, and thus needed help to get out of it.

Also at the JCI’s campaign in Lagos, Oyeyemi stated further that “Leprosy is curable, and so people should not discriminate against them. In the same vein the JCI Secretary General, Arrey Obenson, advocates “The leprosy patients and their families should not be stigmatized, but given opportunity to contribute to the development of the society”. One of the patients craved the indulgence of the SIDEA organization to bring them up, and bring them together with the blinds and cripples under the umbrella of the disabled, so that the government parastatal doesn’t forget them. The Global Appeal 2016 campaign was titled “Think about leprosy, Think about people, Think leprosy now”.

JCI Nigeria is calling on all Nigerians to identify with us by joining our members across the country to mark the 2017 World leprosy day with the theme “I AM LOVED, I HAVE HOPE, BUT I NEED YOUR HELP” as they restore hope and dignity to people living with leprosy and how they should be perceived in the community. Events will take place across the country in Benin City, Benin State, Ikeja, Lagos State, Keffi Nassarawa State, Iberekodo, Ogun State, Port Harcourt, Rivers State, and Owerri, Imo State. To be part of this life saving campaign, join us on our various social media platforms : #ThinkLeprosyNow, #JELLS, Facebook : https://web.facebook.com/thinkleprosynow/ Twitter : @thinkleprosynow Instagram : @ThinkLeprosyNow. [hr gap=”1″]

The Central Bank of Nigeria (CBN) has announced

The biggest multi-corporate end of year party- The