Obedience is Synonymous to…. 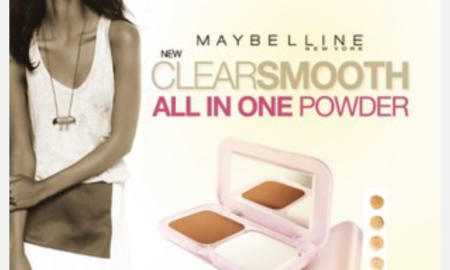 Maybelline NewYork Launches The Clear Smooth All in One Powder 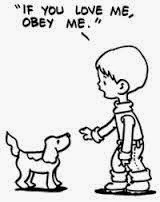 Every moment I have to spend in the presence of the Lord is an awesome one. I have come to not only hear the word but it feeds my spirit and inspires me. Each moment I pray for the grace to put into practice all that I have heard.
This week’s major post on obedience stems out of the sermon preached by my priest on Sunday, the 13th of April, 2014. For the next few weeks, I hope to take you through a series of topics on obedience. For today, we are discussing what obedience means.
It seems the most appropriate topic to delve into on Good Friday. According to the first station of the cross where man responds, it states that obedience cost Jesus His life. This is true for it was because He had to obey his father’s directives to come and atone for the sins of you and I that He died the most humiliating death, death on a cross.
What then is Obedience?
According to Oxforddictionaries.com, obedience is compliance with an order, request, law or submission to another’s authority.
What is synonymous to Obedience?
Obedience is Love: The Bible does say that the wives should submit to their husbands and the husbands to love their wives and the children to ‘obey’ their parents. The key terms here are submit, love and obey. From the definition of obedience stated above, submission is obedience and one can only the one he or she loves. Thus, husbands love your wives implies husbands obey your wives.
Obedience is Trust: Can one completely give his or her love to another if he or she doesn’t trust that one? Can one submit his will to another if he or she has no trust for that one? Using Christ as an example, even when He asked for the cross to pass Him over, he did say, ‘Your will Lord, not mine’. He put his trust in the father and obeyed Him even unto death.
Obedience is Peace: Should we all obey the laws of the land, there will be no chaos or conflict. Speaking of which, I extend my condolence to the families who have lost loved ones in the bomb blast that happened on Monday at the State’s capital, Abuja. Their loss is a blow on the entire nation and even to those still in the hospital, we pray that they recover quickly. If we have love in our hearts, we will listen to those who have been put over us to govern us and peace will reign.
Obedience is Humility: Can one obey if he has no humility. For a proud man, obedience is luxury. If we can imbibe the spirit of obedience, being humble will be no problem. If allowing himself to be insulted by mere mortals for the sake of His father’s instructions is not humility, I wonder what else is.
Even as we come to the end of lent period and get into the celebrations of Easter, let us pray for the grace to be obedient so that we will have a peaceful and loving society.
Till I come your way next week with another topic on obedience, do share your thoughts on the blog or send me an email, ijehiri@gmail.com. Let me know what other synonyms there are to obedience. Also, don’t forget that despite the major post comes up on the blog every Friday, there are always other posts on the blog during the week. This I do to make sure that you are not left out of the cool stuffs happening around.
Till the next post, Stay inspired and do have a great Easter celebrations.
Oma!
Related ItemsEasterGood FridayMassObedienceObedience is Synonymous to...Sermon