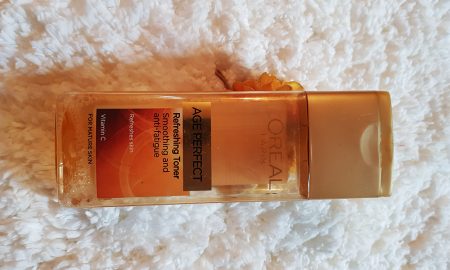 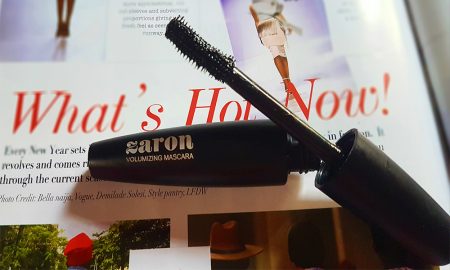 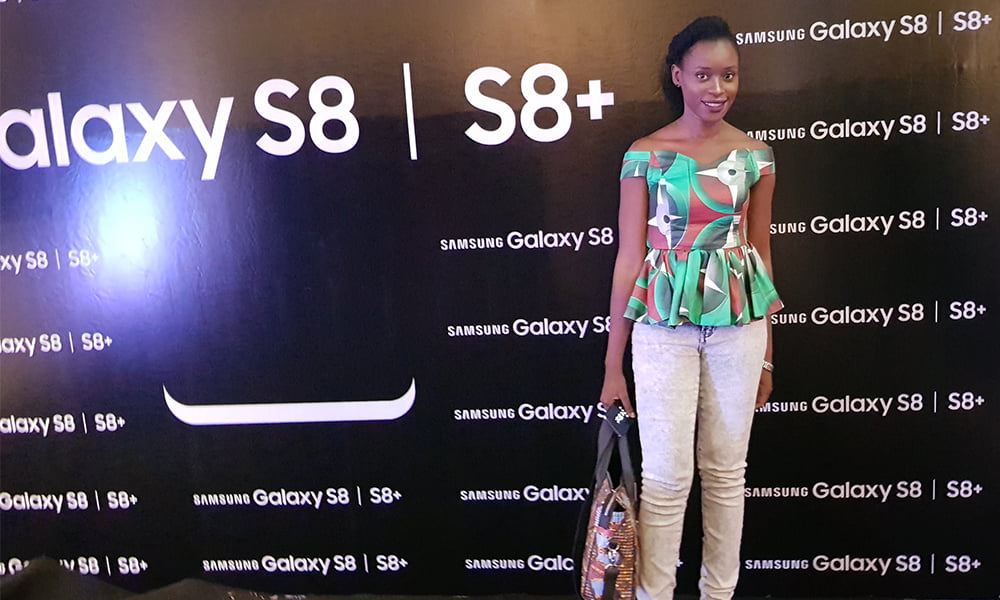 Happy Friday Fam! The weekend is officially on. As a matter of fact, I started yesterday with the official launch of Samsung Galaxy S8 and S8 + in Nigeria. 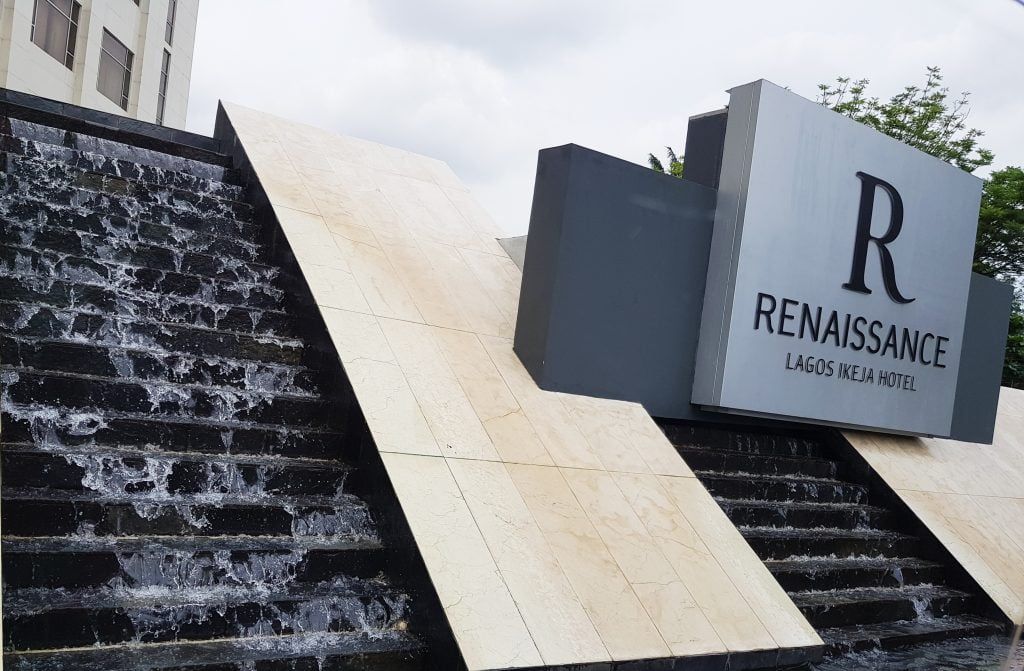 The event which took place at  Renaissance Hotel in GRA Ikeja was well attended by celebrities, media personalities, tech savvy people and just about anyone who is a lover of the Samsung brand.

Hosted by Seyi Law, the comedian had a lot of jokes on Banky W who just broke the internet, with the announcement of his engagement to actress, Adesua Etomi. Being a brand ambassador for Samsung, he was present to take all the heat from Seyi and every other person who was out to tease him, but not losing sight of why we were at the event- to welcome the Samsung Galaxy S8 and S8+.

After a couple of speech by some of the top management of Samsung Electronics West Africa (SEWA), there was a panel moderated by the editor in chief of tw magazine, Adesuwa Onyenokwe. The panellists included Tobi Ayeni (Miss Techy), Banky W, Arese Ugwu, Solomon Osibeluwo, Bankole Oluwafemi (Tech Cabal) and Iquo Ukoh, all of whom were saddled with the responsibility of sharing their experience with the new device.

From the enhanced security features which Adesuwa Onyenokwe tried out to Bixby which Miss Techy used in identifying the make of the microphone, the panellists sure had a lot to say. Bankole confirmed that it helps him in multi-tasking and yet doesn’t slow down the performance of the device. Arese spoke of the large memory of the device that allows her to write lots and lots of chapters as she works on her new book. That’s right! The Smart Money woman is working on another book. Miss Techy’s phone dropped and while many were scared, Solomon proudly reminded us that the Gorilla glass means that it won’t be all so easy for the screen to crack. Banky also spoke about the waterproof feature which he has tried out with the Samsung Galaxy S7 and the S8 is an improvement. “I dipped the device in a bucket of water and even used under water in the Kokose video. If you look at the footage, it was not edited. We just lifted it from the S7 and edited the rest of the video to look as nice as the S7 footage”.

Everyone had something to say about the dual pixel camera of the Samsung Galaxy S8 and S8+. Iquo talked about this image of an aubergine which she shot with the device and says, “I have never seen Aubergine look this good”. I did visit her page to see the image and it sure looks yummy! Arese had images she took in low light condition that came out great. Images that got the attention of people at the media parley with Richard Quest. Miss Techy tried it out in motion and says the pictures were not blurred. 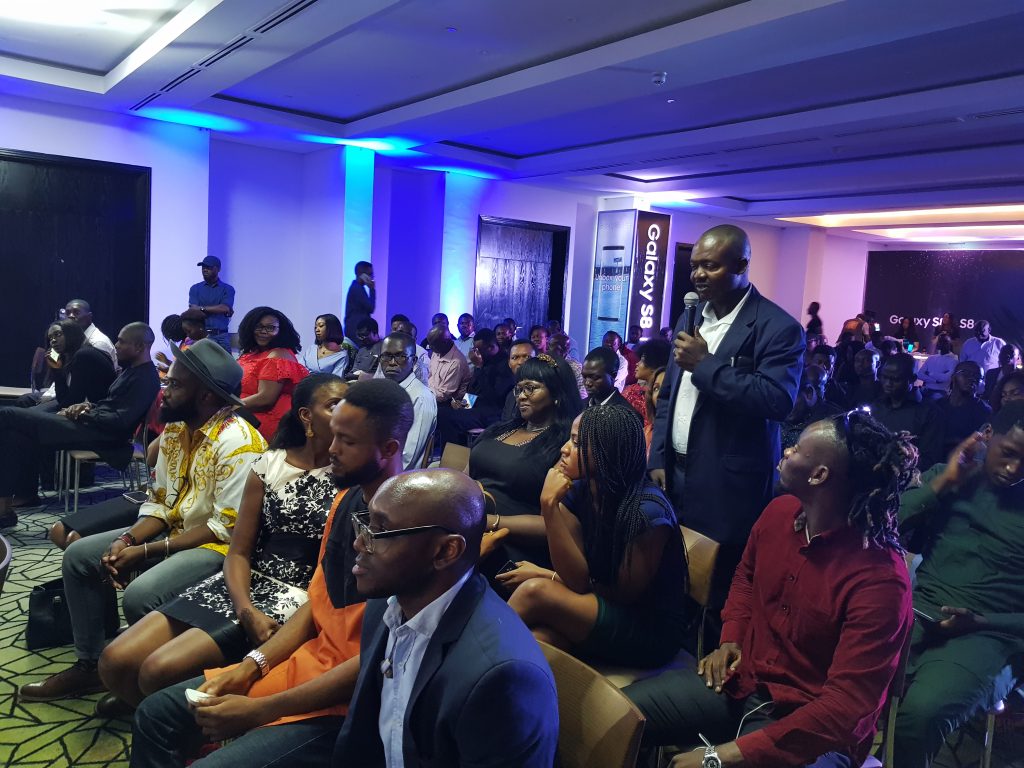 During the Q & A, a journalist was quite curious as to how a man-made device could be so flawless. He was determined to know what the flaw could be. This was quite a tough task for the panelists as they confirmed that in the time that they have had the device, they were yet to discover any significant flaw. ‘Looks like Samsung finish work on top this one’. Even Miss techy declared the device to be The Future and Solomon said it is Ground-breaking. The only flaw mentioned was the finger print close to the camera lens which increases the possibility of you touching the camera lens when trying to tap the finger print sensor to take the image. The only other flaw pointed out by Bankole is the obvious fact that the device is not a ‘kpalasa’ device that you want to be carrying around in a ghetto area. In his words, “you could be mobbed’.

Some thought the price could be a downside of the device but common guys, this is a premium device. In the words of Banky W, “Car manufacturers drop a new model every year, leaving you with choices. You could decide to go for a Bentley or a 504. Samsung Galaxy S8 is the Bentley of phones”. Miss Techy went on to say, “If you wish to invest in a phone, invest in the Samsung Galaxy S8”. She was still in awe of all the features of the device that she admitted to being speechless at some point in the conversation.

After the panel, the Head of Product Marketing SEWA, Jumoke Okikiolu, thanked everyone for coming and asked that we move to the back, not just to experience the device but to also experience the Gear VR while strapped to a vibrating chair. I did and can’t wait to gush all about my experience soon.

Other devices that we got to see was the Dex which allows you to transfer documents to your device. In the words of Olumide Ojo, Director of Business Development, “You can now go for presentations with just your device, leaving your laptop at home. We also saw the 360 camera which is very handy and you do not need to place on a tripod to take your shots.

Trust Samsung to give us a Lagos party feel with the DJ jamming away while we networked and nibbled on some chops.

Samsung Galaxy S8 and S8+ with all its accessories and all the other devices are now available for sale. If you purchase the device from the 5th to the 7th of May, 2017, you will be getting a free starter kit. For more information, follow @samsungmobileng on Instagram and join our mailing list!