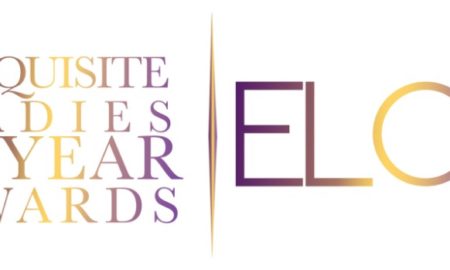 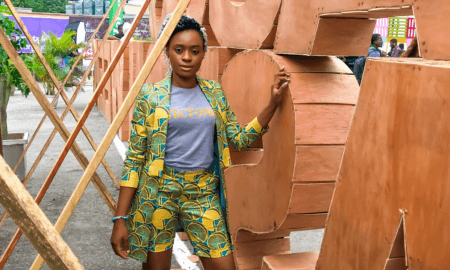 ICYMI: The Story Behind What I Wore To LFW (Lagos Fashion Week) 2019 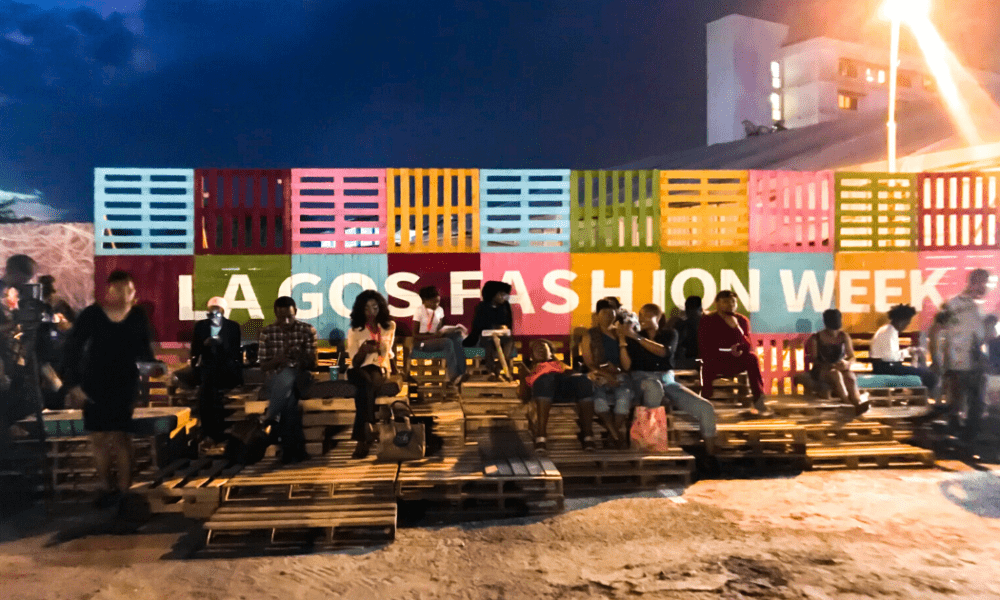 Finally, I can get to share this piece with you, my tectonic tribe members. It is a recap of Lagos Fashion week 2019 from my very own eyes. I promise to be completely honest, to tell the truth, the whole truth and nothing but the truth of how I really felt about the entire fashion week production. I already shared what I wore and the inspiration behind each look. There are also clips from the runway shows on my YouTube channel. Watching those will also help you better appreciate this recap and also give you a sense of what happened on the runway. So, make sure to catch up on those by clicking here.

Now that I have that out of the way, let’s get into it. 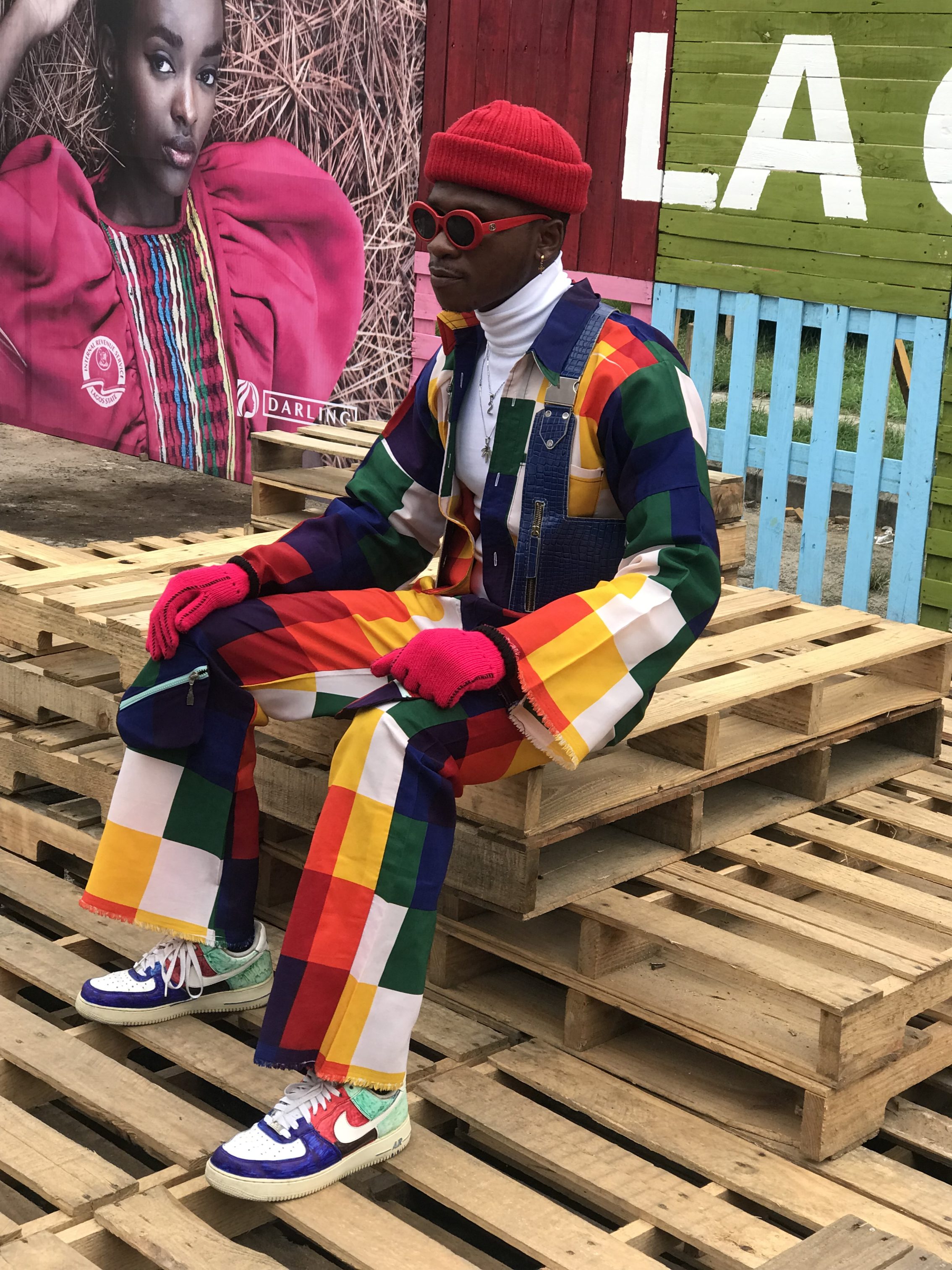 Each day, we got to the venue at about 4 pm. Lagos fashion week 2019 took place at Federal Palace Hotel. Quite frankly, we did so because the runway shows ought to start by 5 pm and knowing that it wasn’t going to start at that exact time, we assumed it was enough time to get some decent street style photos. Unfortunately, we lost daylight so quick. Coupled with the fact that the attendees showed up even later than we did. A lot of people whose photos we could have captured especially from Day 1, we only got to see on their Instagram pages or on the pages of photographers who came ready with the tools to shoot at night.

Day 2 was a lot better and so was Day 3. Being the last day, people turned up in good time and we were also there in time to get a feel of the street style buzz. Now, that is the kind of energy that attendees need to keep up with from Day 1. 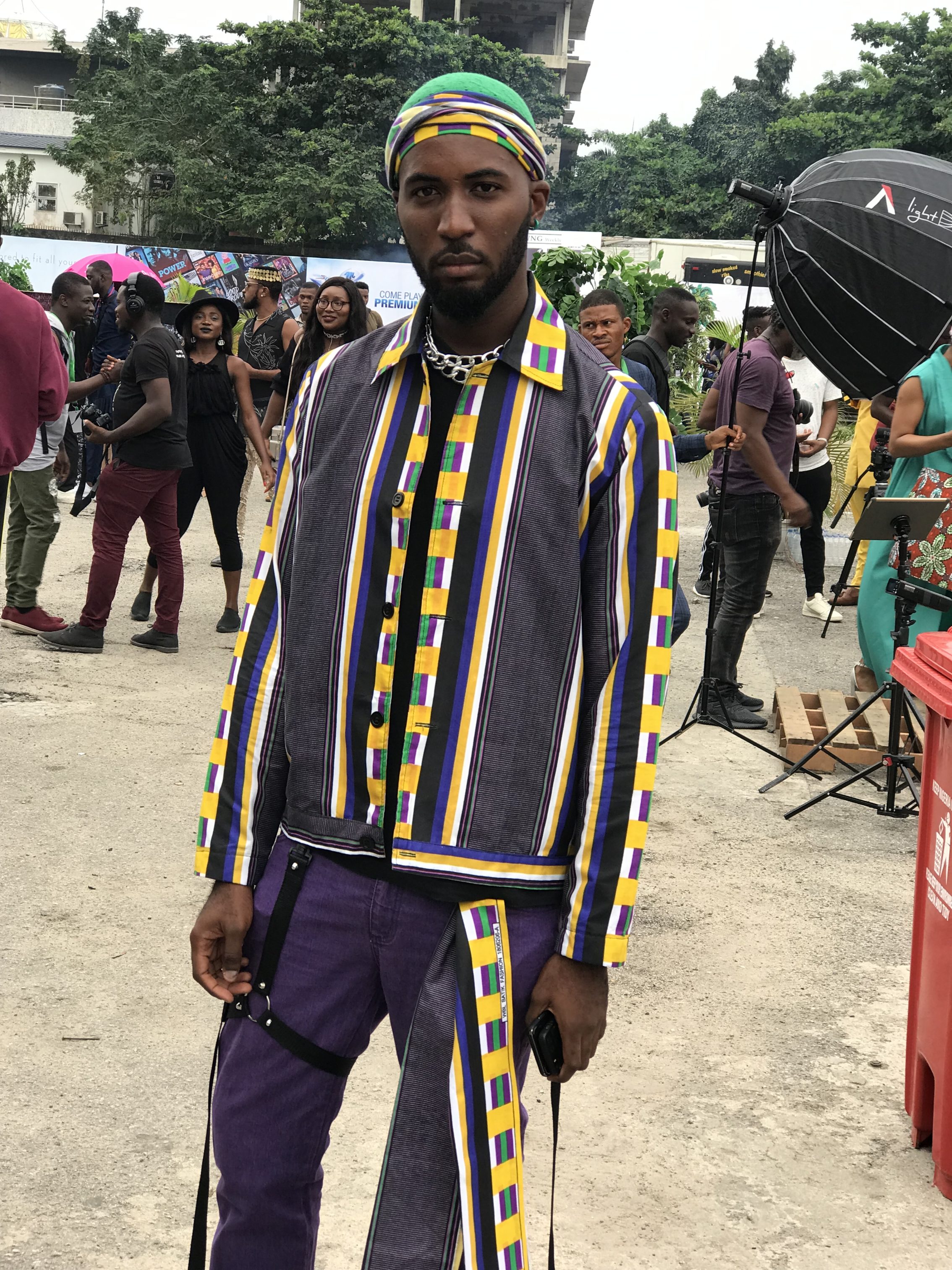 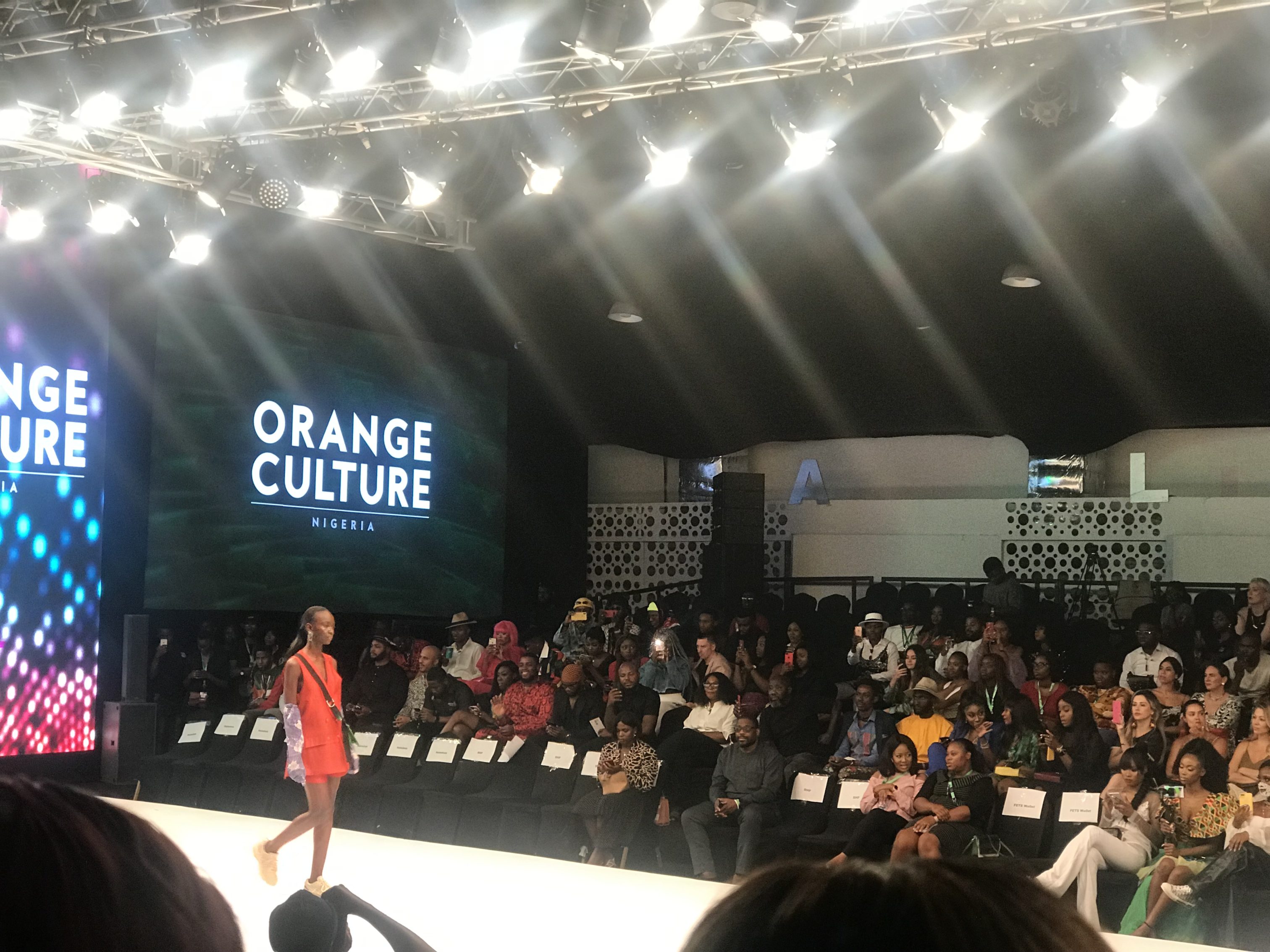 The runway shows were slated to begin at 5 pm but did not kick off until between 7 and 7:30 pm. This is to be expected as there is no way an organizer can start a show when the people who should be in the show are not around or less prepared. So, many times, it is never really the fault of the organizers. Maybe if the designer who is slated to start first can ensure that his guests get there in good time, maybe the show can start and then subsequently, people can get the memo. Notwithstanding, the shows ended really early and for me, that is all that mattered. For the first time since I started attending Lagos Fashion Week, I stayed through all the shows. 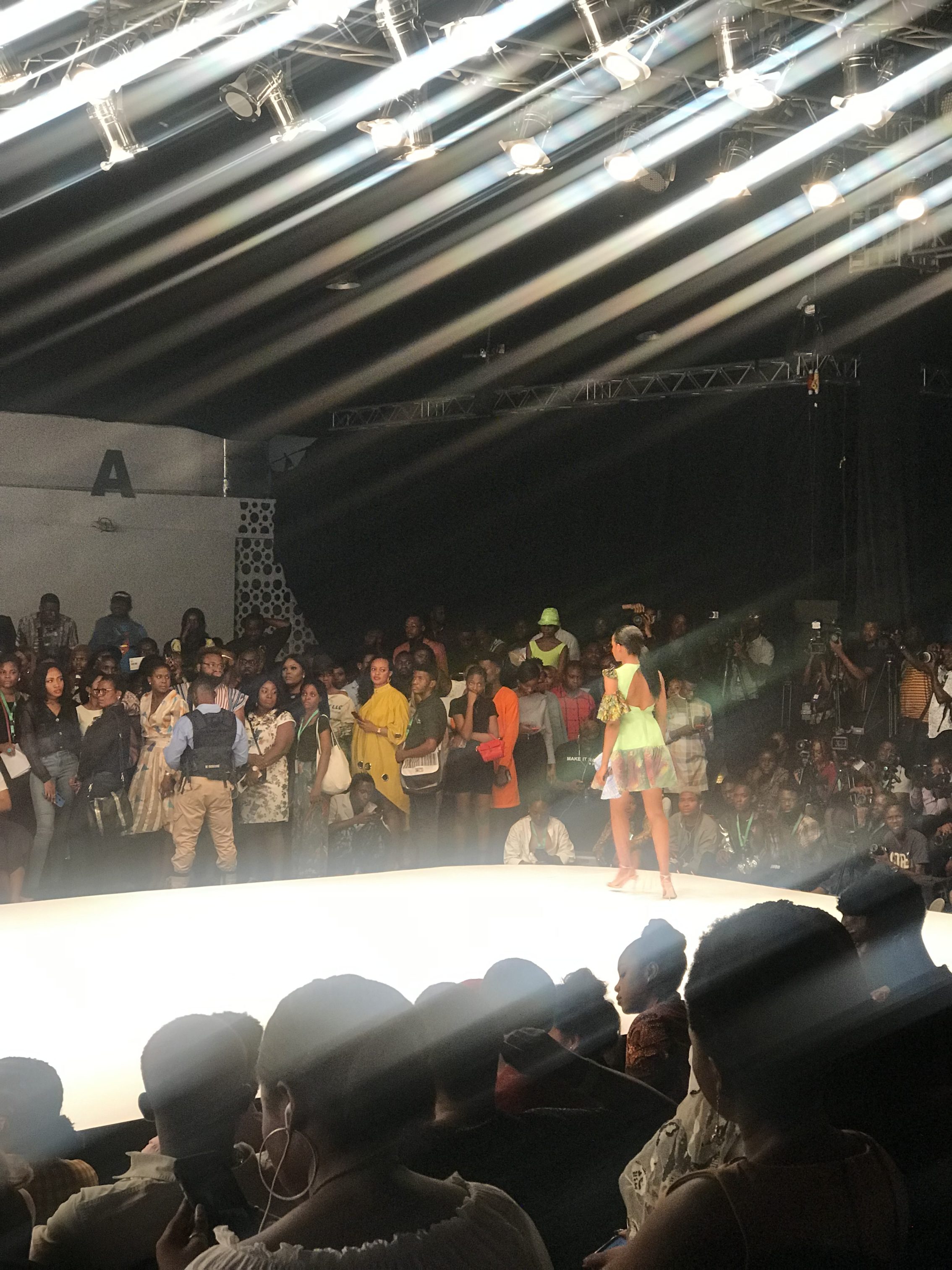 The seating arrangement was pretty much the same as always; theatre style. The VIPs and sponsors had the first 4 rows and then press and other attendees got the rest. Photographers spot was very well reserved right in front of the runway. Can I just mention that people still haven’t learnt some fashion show etiquette? Running across the runway or standing when the show is on is a No No. You need to wait for the lights to go off and you do a quick run to your seat or out of your seat. Just do not disrupt the show. Organisers did well to create some kind of human barricade in a way that people were forced to comply. If you are not sure what you should do or not do during a fashion show, please click here. 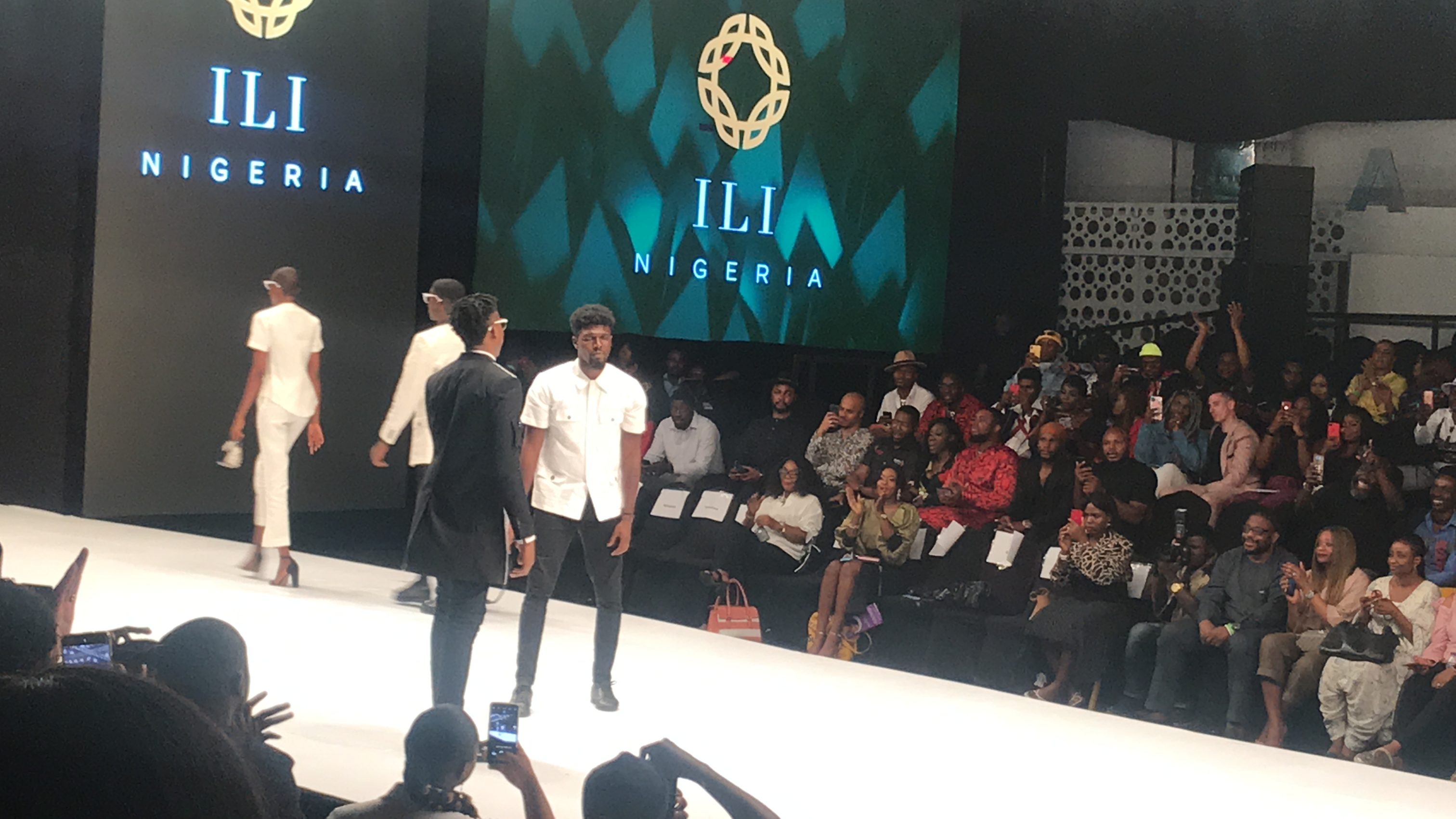 This is always a norm at fashion week- designers get some of their celebrity friends to walk the runway which always has some exciting effect on the crowd. This year, we had a lot of Big Brother Naija housemates. Ike started it when he walked for Ili. After that, we had Perri, wife of Mike Edwards, first runner up of Big Brother Naija season 4. Mike, Kim Oprah, Venita and Teddy A also walked for various designers. Other celebrities on the runway were Rema and Spinall who walked for Tokyo James. Darling Nigeria equally presented media girls, Kaylah Oniwo and Bolanle alongside Idia Aisien. You can catch all of them on the runway when you watch the runway shows on my YouTube channel. 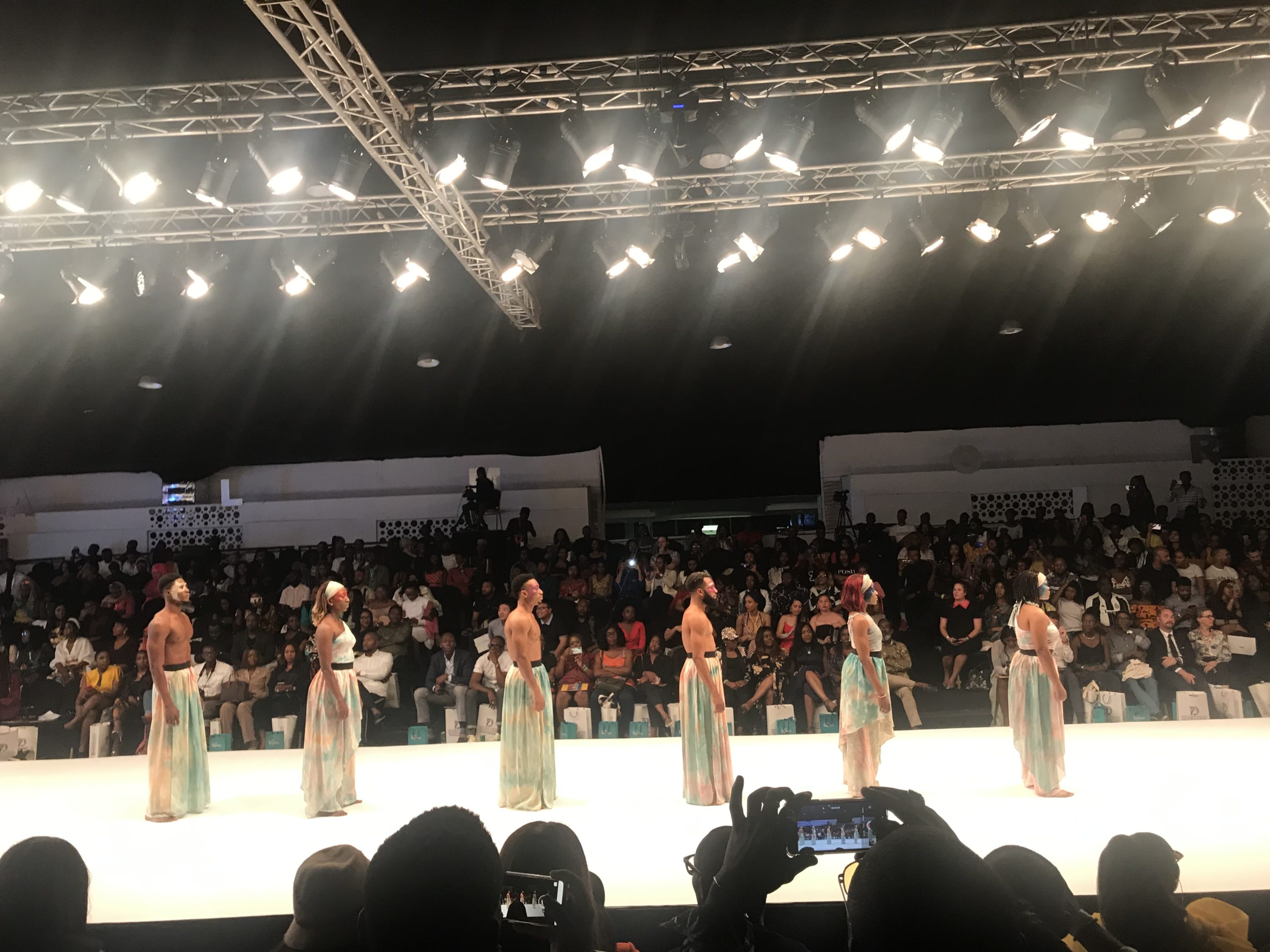 I actually expected to see an actual performance and when Rema walked for Tokyo James, I thought that was it. However, there were no performances in that way. I guess that also saved us show time. However, we did have some dance performance by Sisiano and then, Mai Atafo had a whole choir on the runway rendering some Accapella as his models strutted the runway. That was my best performance from Lagos Fashion Week 2019. Maxivive also had a performance but it was really distracting. I have no idea why we had the videographers on the runway. I ended up focusing on their moves and less on the outfits.

And now, we made it to the moment you all have been waiting for- the reason for fashion week, the designers. This year, the line up was great. We had a mix of designers. That means you had someone to look forward to each day. However, every designer brought their A-game. I could barely tell who was a newbie. I also like that a lot of the designs were commercial. Creating editorial looks for the runway is not a bad idea but I want to see looks that I can look forward to owning. I cannot say I had a favourite collection but, there were some pieces that I felt strongly about. To view the collection by all the designers, click here.

What was your take home from this post? I will love to read back from you in the comment section below!