Sexpert: The thing about your body count is, ‘it’s nobody’s business but yours’! 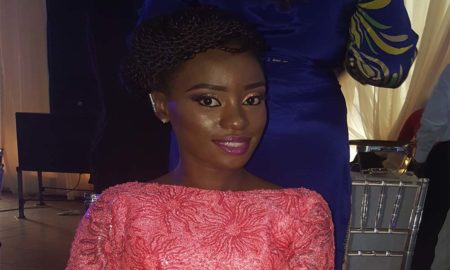 One lovely day, I was over at a young gentleman’s man. We’d bonded over absolutely nothing at all, but he was fine and I didn’t mind spending an afternoon sucking face with him. So, we were doing the thing where we make out for like ten minutes and then someone asks a question which leads to us talking about something and then more making out – fun right? – Until he asked an absolutely ridiculous question: “How many people have you had sex with?”

I immediately got completely put off. More because he had picked the WORST time to ask me a question I had no interest in answering, than anything else really. And since he wanted to know so badly, I sat with him and counted every person I have had sex with and ended my listing with “that I can remember” for effect. Needless to say, the face sucking session was over and, as he walked me to a car, I knew I would never see him again.

Here’s the thing about asking for someone’s body count:

If you’re not ready to hear it, why do you want to know? I asked on twitter once what would be an acceptable number of people someone you’re interested in should have slept with before meeting you. A bunch of people had replies, but no one could give a tangible reason why it mattered at all. I was astounded because here are supposedly mature adults all trying to validate why another grown adult should be accountable to them for having had sex with other people before meeting them.

So, you want to know how many people someone you want to have sex with has slept with, but it’s only okay if it’s a certain number of people? Getting you.

You no longer have to fret about what to tell someone who asks about your body count. At the stroke of midnight on the first of January, your body count automatically reset. Behold, old things are passed away. You may feel free to respond to such ridiculous questions as “How many people have you been with before now” with a simple “New body. Who this?”.

Truth be told, you are under no obligation to share your sexual history with anybody unless it DIRECTLY affects them. Have you had sex with her friend previously? It isn’t her business unless you caught something from said friend that requires you to take certain precautions before sex. If you had an abortion and it jacked up your womb, you don’t have to tell anybody you know you aren’t considering marrying. It should only come up if and WHEN he makes it clear that he would like to marry you some day and have children with you.

Never again should you let someone make you feel less than just because you have been a little more sexually active than ‘they’ would like. If he/she is not satisfied with your answer of ‘body count zero’, don’t even get worked up; simply realize this person is not for you and move on. Life is too short for unnecessary drama.

The Coco is a relationship and sex writer and our sexpert on SoTectonic. Read more of her work on www.albimazing.com and www.sweetheart.ng