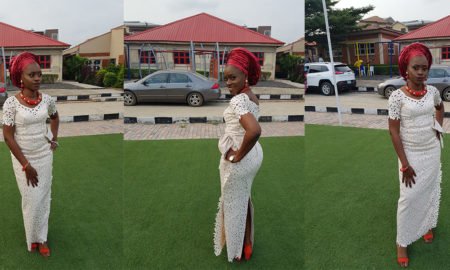 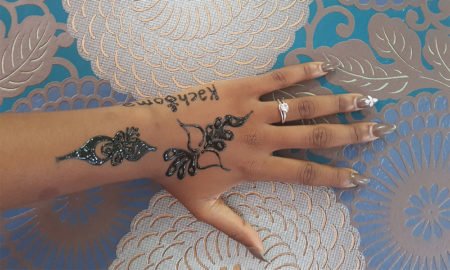 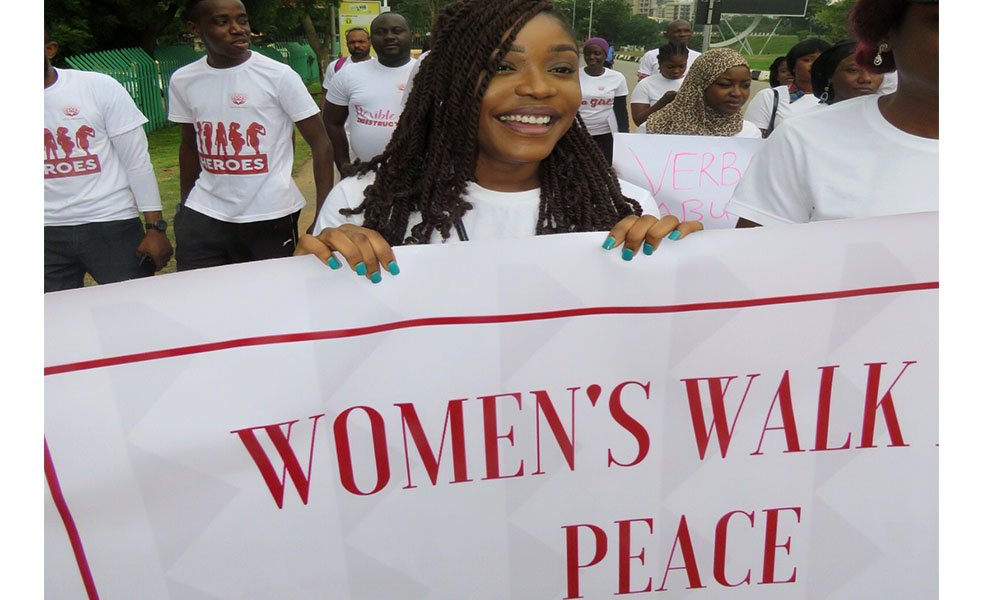 Domestic violence is an issue that has come to the fore in recent times. Many argue that it has become so rampant and while we have no statistics to prove that, we think that social media might have played a role in bringing it to the fore with organisations such as A Girl Project Nigeria, calling on victims of domestic violence to speak out for possible help.

In a recent peace walk staged by members of the NGO in Abuja, the founder, Bukola Solomon, charged women to think about the lives of their children and what could possibly go wrong should they lose their mothers as a result of domestic violence. She said, “Your life is too precious. There are so many great things you can do with it. Your life should not be the prize you pay to fix your marriage”.

Speaking on the reason for putting this platform together, Bukola Solomon said,“Many women are abused and they find it difficult to speak about it. We are here to tell such victims that they are not alone. Let them come let us talk; let us discuss how to solve this issue together. She went on to say, “Our aim is to empower young women from diverse backgrounds across the country to raise their voices for current women issues. These issues include reproductive choices, access to quality health services and education for our little girls. We are going to be covering a wide network. We hope we have a lot of people joining the movement as we progress.’’

Beyond speaking out when you are a victim of domenstic violence with emphasis on the women, Bukola enccouraged men to change their cultural mentality toward women for a better society. She said,”Women are your partners not your threats. No one should live in fear. ”

Other organisations have endorsed the movement by A Girl Project such as FAME Foundation for Women and Girls Empowerment. According to the founder of that organisation, Ms Aderonke Bello, “Women walk for peace, organised by A Girl Project, is a laudable idea. I am here because I am a woman and we have a louder voice. Some of us that are activists are working to bring this to the notice of the public to get to know how women are maltreated by their spouses. Do not suffer in silence. If you want to stay back because of your children and get killed through beating, another woman will come and probably maltreat the children you wasted your life for. We have rehabilitation centres across the country which we take such victims to for them to meet a counselor to help them emotionally and psychologically’’.

Contributing on teh subject matter was the Co-founder of A Girl Project, Mr Lawrence Jacob, urging other men to join hands to fight this menace. He said, “It is true men usually do not gather around to discuss this issue, maybe because they are guilty. We need to hold each other’s hands. We live in a society whereby so little is done for people who experienced gender based violence in the society. ”We need to inspire women, girls and to educate the community too”.

Fighting domestic violence isn’t about beinga  feminist. It is about protecting the lives of those who are being abused and offering them a better life than what they are being offered by their spouse because, we all deserve better.