Torn Between Fiction And Reality- ‘Sex In The Corporate World’ 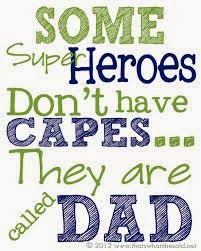 10 Ways To Spoil Your Dad on Father’s Day
MTV MAMA 2014
Running to get the bus everyday dressed in skinny tights, bubble top and a leather jacket. I make
it up just in time before the bus leaves. I always wonder why I bother so much putting in so
much effort in making my way to school, 7 days a week, 8 hours a day and yet it feels like I’m
chasing the wind. A part of me says, “Hey, what’s the point? Let’s have fun till we get laid” while
the other half says, “hey, don’t forget to sign up on job sites and network”.

Avoiding the thoughts of failure, I find the strength to carry on with a large bucket of ice cream tucked in that green old cheap duvet I bought off the corner store – That’s odd right? I know. Thirsty to succeed as a lady, I cry myself to sleep. Oh no! I’m not actually sleeping. I’m unconscious still
waiting for the disturbing sexual noise coming from my neighbour’s bedroom. Is that a sign
from the first half of me who wants to get laid rather than working hard?
So there I was the next day, brooding over long job application questions online. With such
drowning feeling, I came across LinkedIn a professional networking website. Curiosity got the
best of me, giving much thought that I barely socialize or find myself in networking / career
events. Signing up felt like a win ticket as i perfected my profile and stalked recruiters, many of which accepted my invitation to connect. In less than two months I had over hundred
connections from various company recruiters. Truth be told, like a slag I felt visible online.
Majority of those I connected with preferred discussing in private. This is the part where I get the phone number swap. All the while, I never questioned why my connections increased in number; maybe there were few things in common like hobbies and previous job positions. Not for once did it occur to me these contacts had sexual intentions towards me.
Still in my little bubble of being visible and contacting recruiters to fill my desired job orgasm, I felt the warmth of help. Often we hear situations where desperate young girls like me, sexually buy their way through their dreams. Feeling a Sense of pity and disgust I turn a blind eye while whispering to myself, “I can’t be a victim of circumstances”.
The following week I received a text from a legal recruiter saying,‘hello’.  Ignoring all formalities; I quickly said, “Hi. Is there an open graduate position for me”? He replied; ‘No, not at the moment’. Reluctant to continue the conversation, I carried on making job applications. Then another text came through….  ‘Do you like horse-riding’? I replied, ‘yes I do’, knowing fully well some recruiter prefer hiring fun and outgoing individuals. Keeping the conversation formal but informal, he said ‘how bad do you want an international career’? I replied ‘as much as I have worked hard for it, studying, volunteering, and taking part in various activities to cut me through the line.
Feeling motivated, he said to me ‘would you like to see pictures of what you would be riding on?’ I replied ‘sure, I like horses but I wasn’t sure at that point if there were different types of horse riding. In less than 30 seconds I received three different photo images of his penis facing towards the toilet in a white tiled background.
As tears filled my eyes, starring at my phone lost for words, visions became blurry. Everything I believed in and hoped for after signing up to LinkedIn came crashing on me like a domino effect. There wasn’t much difference between the girl who sexually bought her way through than
the girl who got indirectly offered a position but had to sexually reciprocate to secure it. As if that was not enough, he kept texting with questions like ‘is it big enough’? ‘Hello, are you there
pretty one? ‘Won’t you like a job offer’?
Filled with anger and hurt, I imagined a world where everyone had to sexually contract themselves to achieve their dreams. Let every victim create a trend. Let the young understand the bargaining power they possess. Thinking to myself, do I give in and pretend like it never happened with no guarantee of the getting the job either. Either ways, I loose. So torn and depressed, the victim I once avoided is the part I’m going to play in future.
Is there a way out?By Jacinta
Jacinta has currently completed her masters program in International Law with International Relations . With keen interests on issues relating to international policies and developing countries, she is eager to further explore the underlining dynamics of future international policies.
Related Itemscorrupt practicescorruptionesxguest bloggerJacintamolestationoffice romancesex in the corporate world